Love him or hate him, you cannot undermine Leigh owner Derek Beaumont’s commitment to the cause.

The Centurions man had previously ended his time on social media, but returned to Facebook to show his displeasure towards some of the Leigh fans that have given his players and staff abuse.

Leigh went down 64-22 to Hull FC on Saturday which sparked a barrage of criticism from some supporters, especially with it being the Lancashire club’s 11th defeat of the season. 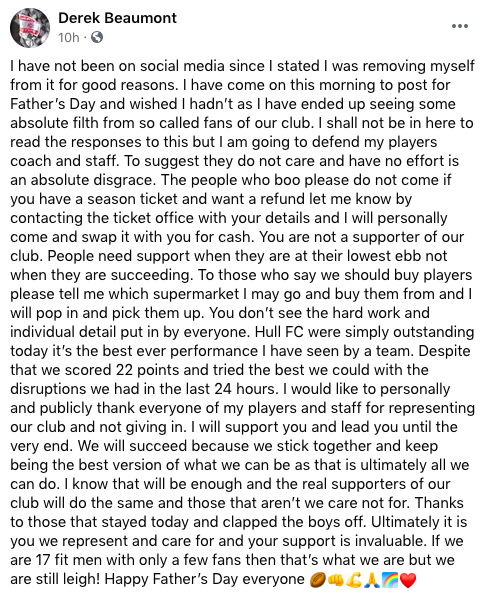