Close call but bagging the Coach of the week again is Salford’s Ian Watson as his side recorded an emphatic win over the in-form Catalan Dragons on Sunday at the AJ Bell stadium.

Wait? Where’s Danny Ward for London’s second win over St Helens?! Well it was expected considering the side the Saints put out which lead to a bizarre uproar from certain supporters regarding conspiracy theories on relegation.

As for Watson though, true, Salford are capable of such form, as displayed by their recent second win at Warrington, but to pull away and comfortably beat the Dragons took some skill from Watson’s side.

Surely now they should be focusing on a play-off position rather than relegation right?! 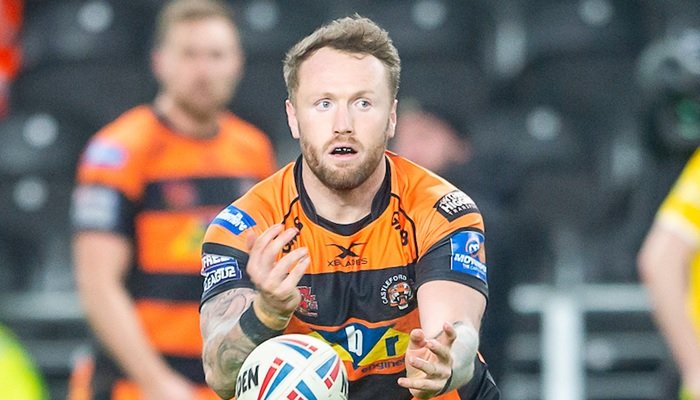 A very tough call but lining up at full-back is Castleford’s Jordan Rankin.

The Australian is proving to be a smart purchase by the Tigers, who has thrived since joining this season and on Sunday against Warrington was no different.

Rankin provided three try assists and managed two tackle busts, two attacking kick and up to 134 metres from 19 carries, being heavily involved throughout and leading the way to gaining those valuable two pints for Castleford heading towards the play-offs.

Dixon starred in London’s crucial 32-12 victory over a youthful St Helens side, managing three busts, 168 metres from 18 carries and slotting over six goals to take his season tally up to 60.

As for McGillvary, he helped the Giants overcome a shaky start in their relegation four pointer against Hull Kingston Rovers.

He personally bagged the winning try and managed five tackle busts and 157 metres from 18 carries.

Both worked hard throughout in what were priceless victories for either of their sides.

As for Gildart, he bagged a try in Wigan’s comfortable win over Wakefield as well as completed 14 tackles, four busts and 168 metres from 11 carries.

Superb stuff from both Englishmen in what is looking to be a mouth-watering run to the play-offs for both players and clubs.

He’s back again, London’s Jordan Abdull, who led the way for another London Broncos victory down in the capital.

Abdull is currently on his way to relegation rivals Hull Kingston Rovers next season but the way things are going, may have to re-evaluate his destination as the race got even closer.

He kept the youngsters of Saints on their toes throughout as well as London within the race for survival with just six games remaining.

He has had more than his fair share of criticism but Hull FC’s Marc Sneyd is chosen at scrum-half this week!

Sneyd led by example is Hull’s historic yet rare win at Emerald Headingley stadium over the struggling Leeds Rhinos.

He provided an assist, completed ten tackles, put in seven attacking kicks and even managed 43 metres from ten carries, being heavily involved throughout as Hull pulled clear into third place.

The front row sees two exiles from down under in Leeds’ Adam Cuthbertson and Huddersfield’s Suaia Matagi selected.

Leeds may have lost but were highly competitive throughout with Hull and they have Cuthbertson to thank for that.

The ever-green completed 29 tackles and managed up to 139 metres with ball in hand, proving to be a tricky opponent for Hull throughout, despite his ‘old age’.

As for Matagi, his contribution up front was enough to keep Hull KR at bay for his Huddersfield side to record a memorable win.

He completed 23 tackles, two busts and 100 metres from 14 carries in what was a tough and tense affair in such a department.

Some more ‘unfair’ recognition to a losing player? Hardly as international Daryl Clark is selected at hooker, despite being on the wrong side of a result against his former club.

Regardless, Clark performed superbly, completing 35 tackles, six busts and a staggering 137 metres from 12 carries that helped keep Warrington competitive throughout and almost saw them pull four points clear in second.

A surprise outcome, maybe, but with a week to go before the Challenge Cup semi-final, Warrington remained strong and Clark demonstrated why he should arguably be the most feared player heading into such a clash next Saturday! 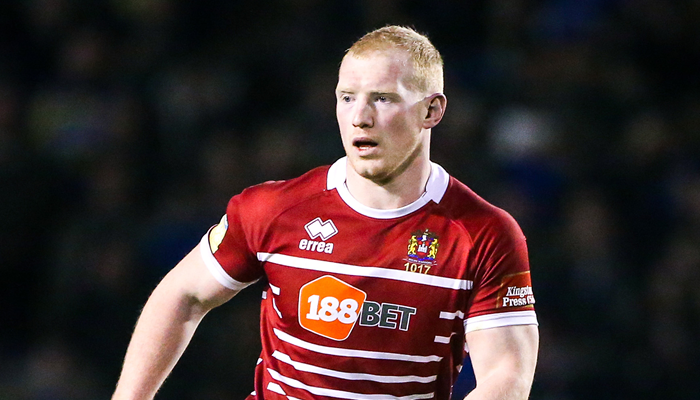 Another Wigan/Salford combination for the back row in Liam Farrell and Josh Jones.

A rarity for rugby league sees a forward claim of hat-trick of tries but Farrell made easy work of it against Wakefield.

In addition, he completed 26 tackles, eight busts and up to 160 metres with ball in hand, effectively demonstrating how much of a welcome return he really has been!

As for Jones, he may be departing to Hull next season, but is going out in memorable fashion at Salford with another scintillating performance.

He provided a try assist, completed 31 tackles, four tackle busts and 122 metres from 17 carries, no doubt continuing to impress his future employers heading into 2020.

Finally, one of Castleford’s most exciting ever recruits from down under Jesse Sene-Lefao completes the team.

The 29-year-old Kiwi completed 19 tackles, two busts and up to 87 metres from 11 carries in Castleford’s hard-fought win over Warrington.

Should he remain fit, the Tigers will be in good stead for a play-off place come September, and, who knows, maybe more?!