The Shaun Wane era at Wigan Warriors ended on a real high as the Cherry and Whites defeated Northwest rivals Warrington Wolves at Old Trafford in the Grand Final of Super League XXIII.

During seven years at the DW Stadium, Wane guided Wigan to three Super League crowns and did the double in 2013 when also landing the Challenge Cup. Fellow former Warriors player Adrian Lam has some big boots to fill as his successor, then.

And yet, despite the departures of Wane and influential full-back Sam Tomkins from the DW, bet365 make Wigan joint-favourites in their rugby league betting on next year’s Super League Grand Final at 7/2. They head the market alongside St Helens, who lifted the League Leaders’ Shield but came up short in the play-offs.

Only Saints kicker Danny Richardson scored more points in Super League than Tomkins this past season, but he also made the top 10 in terms of try assists. That highlights what a double blow to Warriors this could potentially be.

Having scored nearly 900 points across two spells with Wigan, Tomkins is heading to the Catalans Dragons, who surprised many with a successful tilt at the Challenge Cup this year under former Bradford Bulls and England boss Steve McNamara.

Catalans can build on a very solid top eight Super League finish with a proven performer like Tomkins in their ranks. Winning the Super League XXIV Grand Final next year is still a stretch to imagine, however, at 16/1 in the betting. 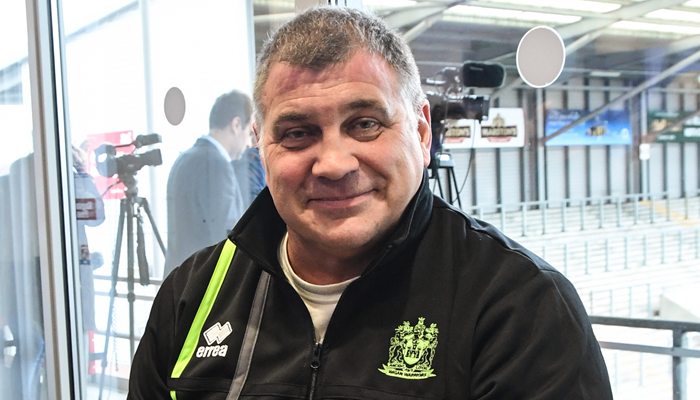 Wane, meanwhile, crosses codes and joins the Scotland rugby union setup as a high-performance coach under Gregor Townsend. Warriors successor Lam played rugby league for the country of his birth – Papua New Guinea – and starred in the NRL for Sydney Roosters, who Wigan will coincidentally face in the World Club Challenge next season, before four years at the DW.

Having coached his country and served in the setup at St George Illawarra Dragons as assistant and Under-20s boss, Lam is not short on rugby experience in both hemispheres. He’ll be under pressure to maintain the high standards set at the Cherry and Whites by his predecessor.

Elsewhere in the Super League XXIV Grand Final betting, Warrington are expected to be there or thereabouts again having made the Warriors graft for a 12-4 victory this year courtesy of a Dom Manfredi double. In Josh Charnley, they have a prolific former Wigan try scorer who crossed 15 times during the league campaign.

Wolves are 4/1 to go one better next year, while three end of Super League season awards went to Castleford Tigers players. Hooker Paul McShane made more tackles in the competition than any other player, Luke Gale received the top gun prize and teenage talent Jake Trueman scooped the league’s young player of the year gong.

If building on those individual exploits, then Cas must be respected at 5/1. They, St Helens, Warrington and Wigan filled the top four spots in the regular Super League season, but Saints will be without Man of Steel and leading try scorer Ben Barba, who is returning Down Under to play for NRL side North Queensland Cowboys.