There’s been a debate raging for almost two seasons now about whether or not the points percentage concept for the three tiers of British Rugby League is the right avenue to go down.

The concept – where league table positions are decided on win percentage from the number of games a team has played – was brought in during the midst of the coronavirus pandemic last season.

With some clubs obviously suffering more than others, it was a way of evening out the competition so that sides that hadn’t played as many games weren’t left out of the overall rankings.

But, for some, the idea is flawed; take Featherstone and Toulouse in the Championship for example.

Prior to the weekend just gone, Toulouse were top with Featherstone second, despite Rovers winning 11 from 11 and the French side winning nine from nine.

So, we at Serious About Rugby League thought it would be a good idea to see how the Super League table would look if games were decided in the old way – by points rather than percentage. 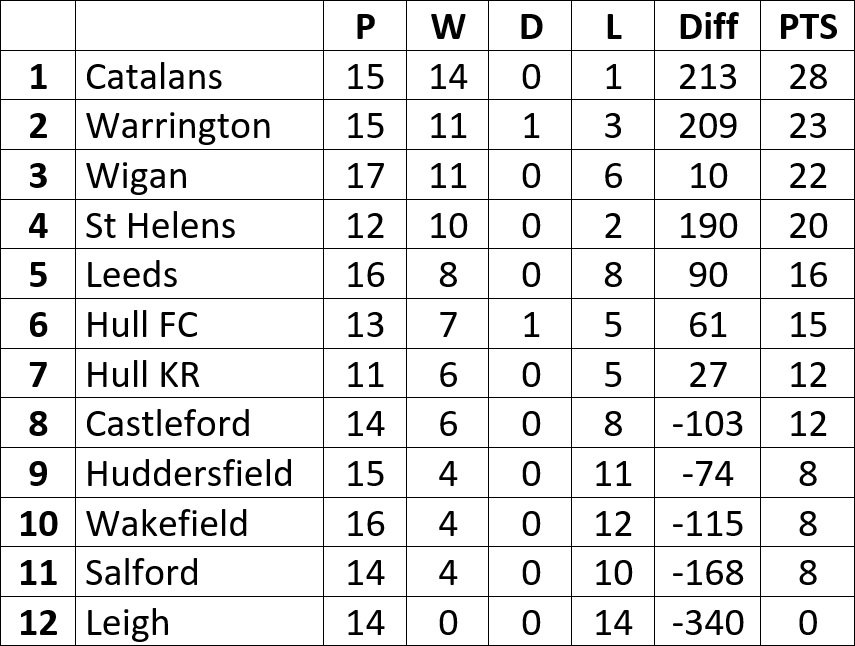