Huddersfield Giants produced one of their strongest performances of the season in the win over Warrington and Mamo played a key role in that.  His enthusiasm and support play was very impressive and he took his try in real style.

Simply too hot to handle for the Salford Red Devils. The Trinity man had pace to burn and was devastating when he got into full flight, resulting in a hat-trick of tries against his former club.

A memorable debut for the former St Helens man, marking it with a try and a win. His combination play with Aaron Murphy caught the eye and played his part in a very strong team performance from the Giants.

Didn’t put a foot wrong in a very good win for Wakefield. This Trinity side have real character and Gibson epitomised that with a fine performance.

The 27-year-old has been in fine form and made it three tries in his last two games for the Vikings by scoring in the win over Catalans.

A big performance from Kelly in a big win for the Black and Whites. He was a real driving force making 153 meters and his try helped prevent a second half comeback from the Wigan Warriors.

Looking like a man who is enjoying his rugby once again and put in another impressive shift for the Vikings. Starting to prove to be a very shrewd signing for head coach Denis Betts.

Castleford Tigers may have been without some of their star players in the win over St Helens but Massey definitely stepped up to the plate.  He made sure his presence was felt on the pitch and made an impressive 169 meters in the game.

Hull ended a three-match losing streak with victory over the Wigan Warriors with Houghton delivering an outstanding display. He was involved in everything, contributing with 47 tackles, two try assists and also grabbed a try for himself.

In a game that won’t live long in the memory, the Rhinos needed to dig deep against Leigh and Garbutt was key in how they grinded out a result. He worked tirelessly and made 190 meters in the match. 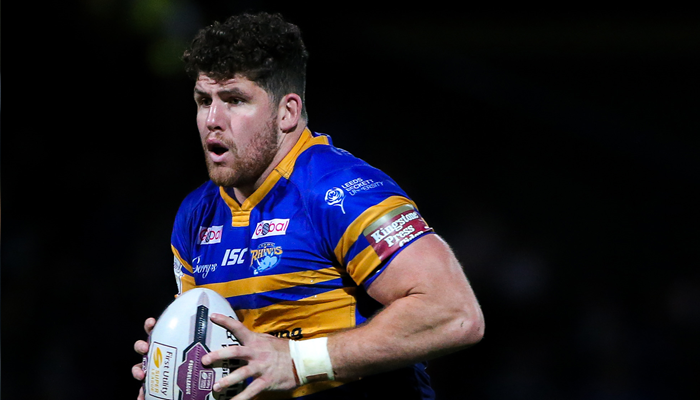 Having signed a new deal at Hull FC earlier in the week, Minichiello celebrated in style, leading his side to an important win and was amongst the try scorers.

Continued his impressive form for the Castleford Tigers as he helped his side see off St Helens.  His impressive dummy saw him collect his fifth try of the campaign.

In a scrappy game, Cuthbertson once again stood out from the crowd. His quality with the ball was there for all to see, providing four offloads and managing to score two tries to help the Rhinos to an important win over Leigh.