One of the most exciting talents in the Super League and the 17-year-old once again showed his talent with a try in an impressive win over Salford.

The winger produced a stunning individual display as his four tries saw the Wolves keep their faint hopes of a top-eight finish alive with a crucial win over Leigh.

A man-of-the-match display by the Saints man. Percival bagged a 14-point haul, which included two tries and three goals, to help his side beat Hull FC.

Put in a solid shift for the Warriors and contributed at both ends of the pitch. Gelling completed 162 meters and also provided four offloads.

Burgess was the difference between the Warriors and the Catalan Dragons as his superb hat-trick helped Wigan to a 32-10 victory.

A class act and a joy to watch as Fages ran the show for the Saints. His kicking game was spot on and Hull struggled to handle his influence on the match.

A masterclass from the Leeds captain as the Rhinos produced one of their strongest attacking performances of the season to see off the Salford Red Devils.

An outstanding performance from a player who is improving with every game. Castleford extended their lead at the top of the table with a narrow 25-24 win over Wakefield and Massey was once again an instrumental figure.

Castleford head coach Daryl Powell believes McShane is the ‘standout hooker’ in the Super League at this moment in time. McShane’s performance in the win over Wakefield certainly showed he is one of the best around. 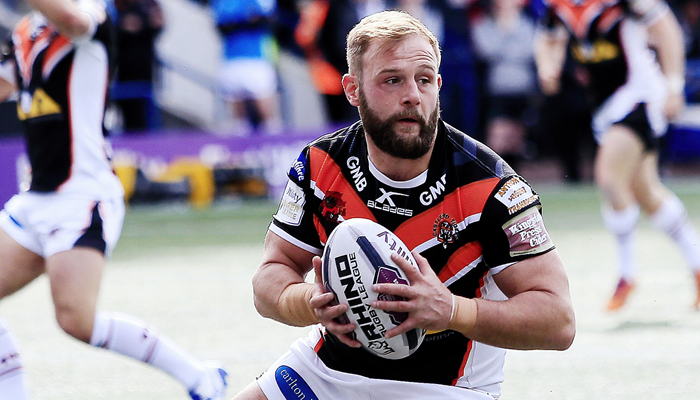 Often overlooked but Thompson once again proved his worth for the Saints. In a game that was quite a scrappy affair, his influence was there for all to see.

The veteran put in a typical gritty performance, helping to disrupt Salford’s attack with 32 tackles. In a strong offensive outing from the Rhinos, the 35-year-old also helped himself to his second try of the Super League season.

Involved in everything and contributed massively to an important win for the Warriors. Bateman provided an impressive six offloads and completed 36 tackles.

Playing in his preferred position and is certainly making the most of it. Hinchcliffe was one of the standout performers in the Giants’ win over Widnes, scoring a try and completing 36 tackles.