Samoa have named their 19-man squad to face England in the Rugby League World Cup opener on Saturday.

The game at St James’ Park is much-anticipated, with Samoa boasting their strongest ever squad full of NRL talent.

Among their squad, named today by head coach Matt Parish, are a number of players who featured in the NRL Grand Final between Parramatta Eels and Penrith Panthers, such as Brian To’o, Izack Tago, Jarome Luai, Oregon Kaufusi, Spencer Leniu and Stephen Crichton.

Samoa are not only favourites with the bookmakers to beat England in Saturday’s clash, but the Pacific Island nation are also ranked as third favourites to win the tournament behind Australia and Samoa.

Sponsors Betfred make Samoa 4/6 odds on for victory at St James’ Park, with their odds to win the World Cup now as short as 9/1.

Former Salford coach Parish has claimed Samoa are ‘underdone’ coming into the tournament, but England coach Shaun Wane is fully aware of the mammoth task facing him and his team following their squad announcement today. 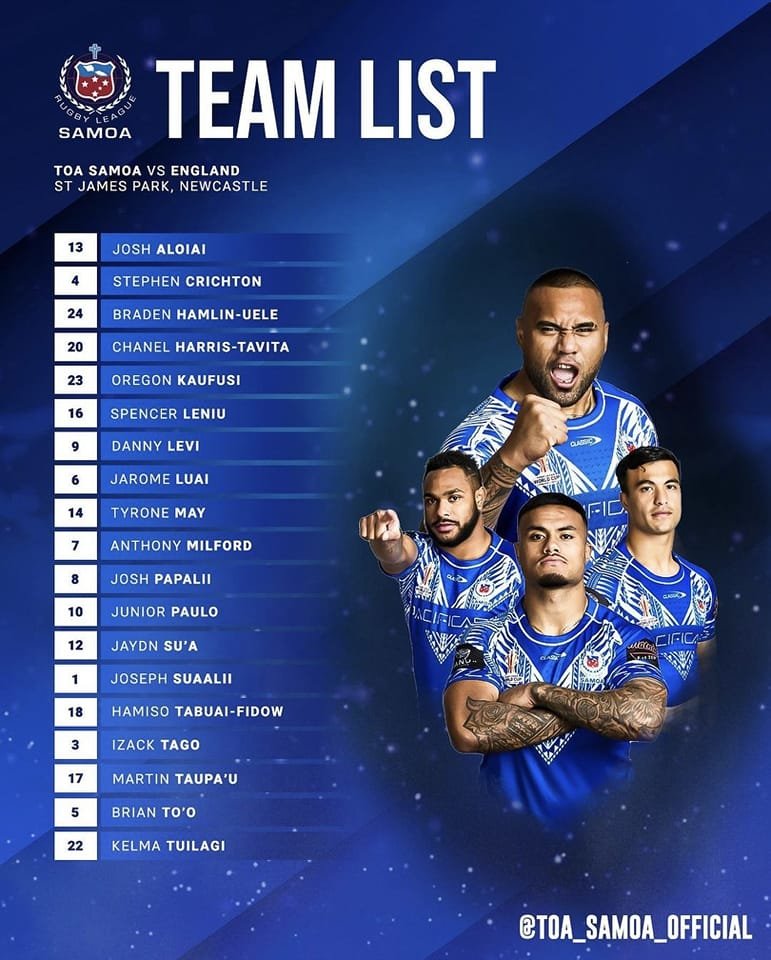