The fight was initially set to be held on 10 December, but Leilua was struck down by COVID-19, as was sparring partner Josh Aloiai whose fight with Paul Gallen has now been called off.

29-year-old centre Leilua has been a key figure in the NRL for the past decade or so, but found himself edged out by the Wests Tigers as his contract ran down.

That led Leilua to launch a passionate rant at Wests boss Michael Maguire over the lack of communication in his final few weeks at the club.

But, the Samoan international – who has been capped 15 times by his country – did not have another offer from the prestigious Australian competition.

Instead, Leilua signed a one-year contract with Championship side Featherstone Rovers in a surprise career lifeline, but COVID-19 will not stop the former Sydney Roosters and Canberra Raiders heavyweight head into the boxing ring later in December.

He shared a post from his boxing gym, the Final Round gym, which stated: “Can’t keep a good man down. 22nd December he bring the fire.” 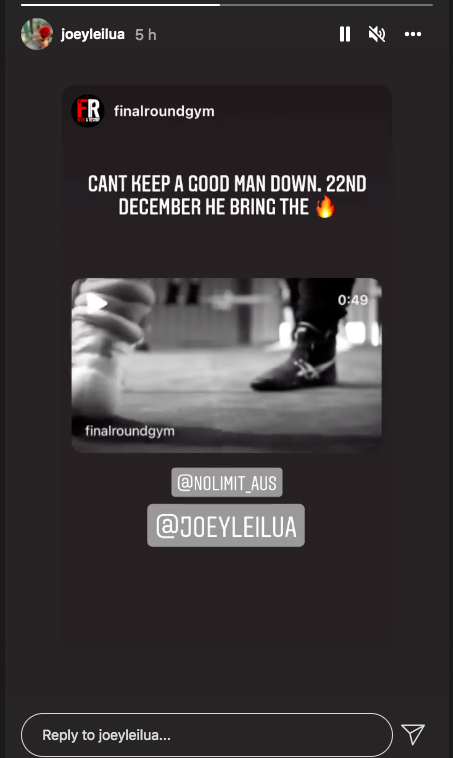 The Championship in 2022 is set to be one of the most impressive and entertaining in history.