Newcastle Knights had a concrete plan for their spine in 2023.

They needed a new halfback and a way to move star player Kayln Ponga to five-eighth to partner them.

They have their new halfback in the shape of former Salford Red Devils and Wigan Warriors star Jackson Hastings from Wests Tigers as the club pulled off a swap deal which saw David Klemmer head over to the Tigers and Hastings come the other way.

However, the club is still in need of a new fullback to allow Ponga to join Hastings in the halves.

That said, the club is struggling to find this fullback having missed out on a number of targets including Wigan Warriors star Bevan French.

The Daily Telegraph’s David Riccio has spoken about this situation on Triple M Radio.

“They appear to be struggling to find a fullback,” Riccio said.

“It seems as if the Knights are going all-in on Ponga to five-eighth and they’re doing everything possible to try and appease their superstar.

“They’ve missed Rueben Garrick from Manly – they attempted to sign him.

“They’ve been in negotiations with Brisbane’s Tesi Niu. I wouldn’t say the door’s been closed completely by the Broncos but (the situation) is not ultimately promising.

“Now they’ve had a crack at Cronulla’s Lachlan Miller. Cronulla have a huge opinion of Miller and are unlikely to let him go earlier than his current contract.”

They are reportedly set to bring in Huddersfield Giants star Will Pryce for 2024 but unable to bring him in until next year, they may now be regretting allowing Tex Hoy leave to Hull FC as he could have filled that fullback spot for the 2023 season until Pryce’s arrival.

The Black and Whites have their spine but the Knights certainly don’t. 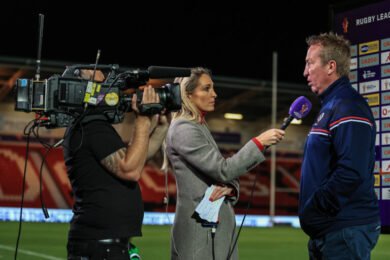