Jacques O’Neill seems to be the name that is on almost everyone’s lips in the rugby league fraternity at present.

After leaving the Love Island villa over a week ago, O’Neill has been doing a lot of social media posting and meeting up with friends as well as Love Island star Antigoni Buxton whom he has become good friends with.

However, with a return to rugby league perhaps touted for 2023 onwards, O’Neill is keeping himself busy – and he has met up with former Tigers teammate Oliver Holmes who now plays for the Warrington Wolves. 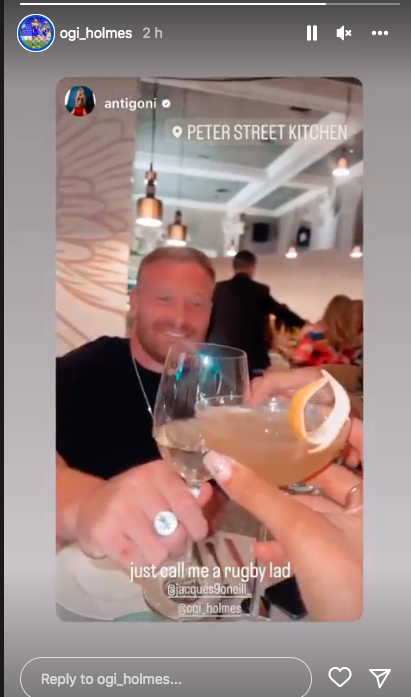 Of course, O’Neill’s old head coach at Castleford, Daryl Powell, is also the new boss at Warrington having taken over the reins from Steve Price at the end of 2021.

Meanwhile, the 23-year-old has signed up to The Social PR – the UK’s fastest growing Public Relations company – to be mentored with former Islander Scott Thomas which could see him become a millionaire.

Since his exit from the villa, the Cumbrian enforcer has been inundated with messages of support from far and wide, with his Instagram following burgeoning to a massive 962,000 as it stands this Monday.

If O’Neill’s following hits a million, then he could earn as much as £10,000 per post for an endorsement! That figure is even more remarkable when considering that the former Castleford man had less than 10,000 followers before he went into the Love Island villa.

And, when asked about a potential return to the Castleford Tigers, head coach Lee Radford did not see a potential deal for the rest of 2022.

“I spoke to him on Sunday, but it was just general chat really, a catch-up about the life of a superstar.

“We’ve not really spoke about him returning – he’s got an awful lot going on and I think what’s important is that he does everything while he can. I don’t know how long that will last.”