England coach Wayne Bennett has named his England squad to face Samoa at Campbelltown Sports Stadium in Australia on May 6. 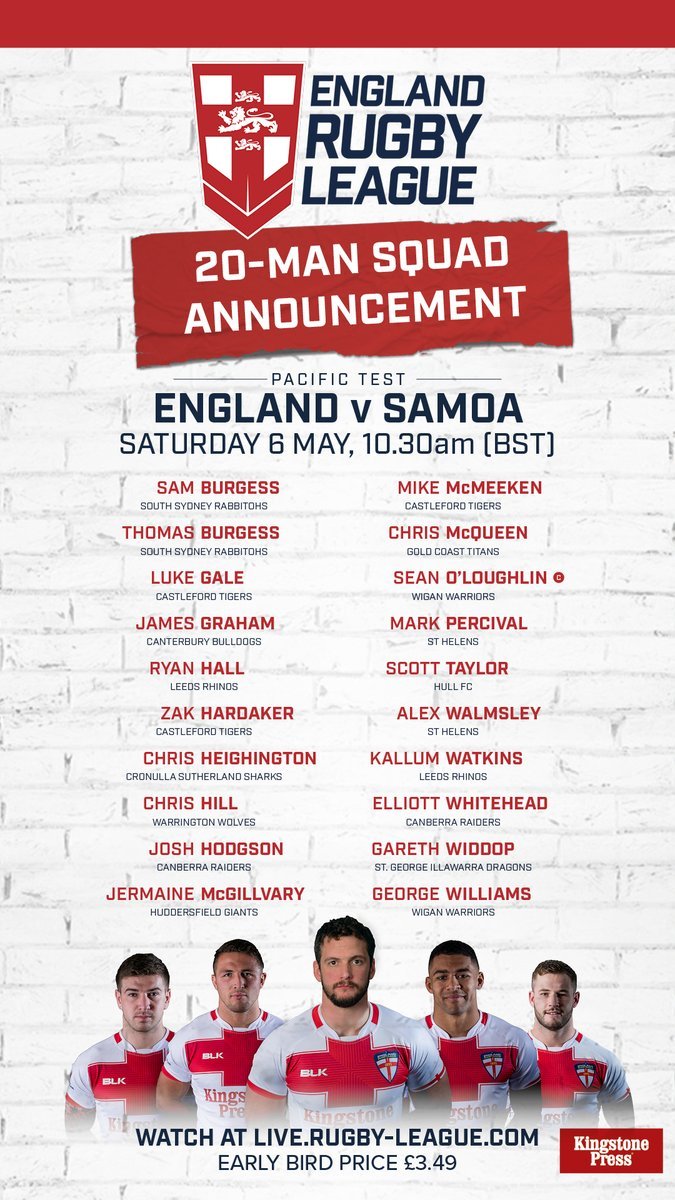