As we all know, this sport changes its structure more times than we elect British Prime Ministers but reverting back to a top five has been a smart move.

With only three rounds to go, aside the League Leaders Shield, nothing is certain as of yet, with only four points separating second and seventh and just two between eighth and the bottom.

Exciting stuff, let’s face it! Supporters have complained at the lack of quality in the Betfred Super League this season, with St Helens’ dominance, though following their shock Challenge Cup final defeat on Saturday, anything is still possible.

That match as well as many others have highlighted the unpredictability of this season and why the return to this structure is working nicely.

The powers that be abandoned it back in 2001, attempting other routes such as the top six that lasted until 2008, the top eight until 2014 before the Super 8s that lasted another four seasons.

This gave more clubs a shout at Old Trafford and something to play for, but looking at some of the results, it really just rewarded mediocrity.

Okay, each series produced some special results but they all wore thin as ‘cricket scores’ eventually entered the fray due to the enlarging gap between the top and the middle. 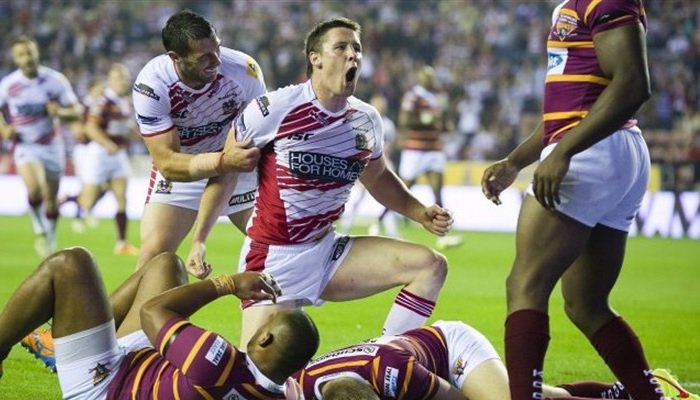 For example, the Super 8s’ major flaw was that several clubs soon found themselves mathematically out of the running for a Super League semi-final finish, thereby rendering their remaining fixtures pointless.

However, you also could not restart the clubs’ points as that too rewarded the more average teams which would not have been a fair fight.

The only good thing to come out of the Super 8s was the Qualifiers. It was one-sided to begin with but the 2018 series almost saw more than one club surrender its Super League status.

The decision to abandon the run proved infamous amongst the Championship clubs but a positive for them is that they still have the opportunity to battle it out for promotion, albeit only one of them this time around.

Nevertheless, there’s fierce competition all round on this season and these reasons are why it should remain the permanent structure!

Reducing the competition for Old Trafford for just five clubs sees ‘the best of the best’ tough it out, which is the whole idea, rather than an average club ride their luck with injuries at this late stage.

St Helens may have raced away and perhaps should already be recognised as the ‘champions’, though the play-off run allows these clubs another ‘crack’ at them to test their so-called invincibility, something Warrington previously discredited.

Plus it extends the season, delivering further pulsating action and a chance for supporters the opportunity to watch their side at the Theatre of Dreams!

Furthermore, bringing back automatic relegation is a smart move as the race down at the bottom could not be tighter as aforementioned.

That and whoever now goes down, will finish bottom on a record amount of points, with Castleford possessing the record of going down on 19 points in 2006, though they finished 11th above the relegation exempt Catalans Dragons.

To try and ensure survival, clubs have been taking desperate measure, bringing in fresh blood from rival teams and down under, increasing the tensions and expectations of these players to try and change their flagging fortunes.

Such shenanigans have generated even more talking points, thereby increasing excitement further in the competition.

Even as it stands, you just cannot predict who will finish where and looks to be the case until the final whistle in round 29.

Hence why this structure should remain. Of course, it will have its critics but this has arguably been the most exciting race, bypassing the dogfight of 2006 arguably!

Some will argue that the play-offs should be extended, and that relegation should be abandoned.

Why? Allow more clubs in the play-off race? Save teams from debt? Well we all know the ‘crack’ from the start of the season so the ones unable to clinch a play-off place or survive, you know where you stand!

All in all, this gives our sport more purpose and such drama is why it should attract more followers but unfortunately, the struggle remains.

Given time, the fan base could increase, but only if this structure and the tension it has generated with it remains, otherwise, it will be back to square one.

The relegation battle has become a complete farce due to the stupid late deadline to sign players! a couple of clubs brought so many players in, simple desperation, not every club fighting the battle at the bottom had that opportunity! and a club desperate to win a trophy which they never reached the final did the same! it could only happen in RL!