The Challenge Cup may be done and dusted but there’s plenty more to play for as Old Trafford is now looming.

With only two points separating the four clubs behind St Helens as well as another four at the bottom, the tension is still increasing as the clubs went one step further towards those all-important finishing positions.

Here is our Round 27 Super League Team of the Week…

The result means KR move two points away from bottom club London, meaning a win in their next outing against the Broncos will see them safe.

An excellent result for the club and they have Smith to thank, not only for this but also the way he has turned them around as his influence seems to have paid off, perhaps with even more exciting times ahead for the East Hull side?!

Rising star Jack Walker regains the full-back role after his contribution in Leeds’ relegation four-pointer win in London on Sunday.

The 20-year-old scored a brace of tries and managed nine tackle busts and 173 metres from 21 carries in a superb display. Such heavy involvement further demonstrates that the youngster has never shied away from the action and should contest international selection sooner rather than later.

Two flyers who have rather different styles of play, and of course different clubs, but Ken Sio and Liam Marshall are selected for very similar reasons!

Both secured a hat-trick of tries for their clubs’ crucial wins over the weekend and that was not the only reason.

Sio tallied three busts and a staggering 205 metres from 16 carries as the tiring Warrington Wolves were unable to contain him, with Salford rising to third in the table.

As for Marshall, in actuality, he was surrounded with controversy concerning one of his tries, but regardless, has shown much promise during his time at Wigan and the win at Wakefield was no different.

Of course, the 20-metre restart should have been taken again and his hat-trick wiped off, but for what he did do, eight tackle busts, another two scored and over 200 metres saw him prove too difficult for Wakefield to handle.

The rub of the green was not with Wakefield on the day but Wigan usually turn on the style at such a time of the season and it will not be surprising should they walk out at Old Trafford again to defend their crown.

Percival helped Saints stutter to a 4-0 home win over Castleford, maintaining the record of their visitors failing to defeat them at home in the summer era in the process.

Percival provided the only try assist of the clash but also managed up to 20 tackles, 12 busts and 105 metres from 17 carries, being enough to help his side return to winning ways in their quest for Old Trafford.

Murphy meanwhile, was key in Huddersfield’s crucial win at Hull FC in their step towards survival.

The 30-year-old scored a try, completed 16 tackles, three busts and tallied 79 metres from seven carries, enough to restrict the hosts to just 12 points scored as well as inflict their third consecutive home defeat on them too. 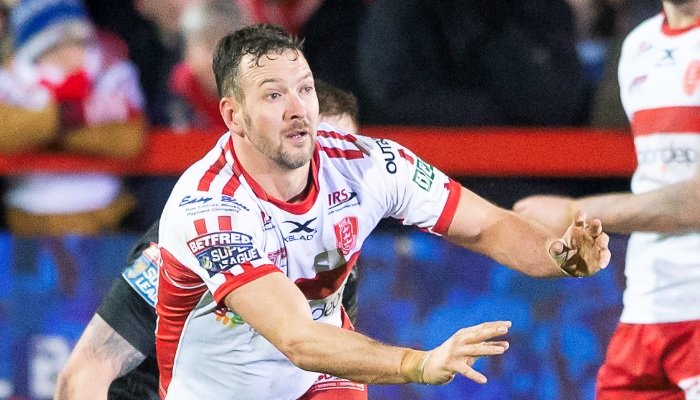 Still life left in this ‘old dog’ after all as Hull KR’s Danny McGuire is chosen at stand-off.

The 36-year-old notched up a try, completed 12 tackles, six busts and tallied 114 metres from 14 carries in a dominant display in the South of France.

Though the play-offs have evaded him, McGuire looks to have succeeded in helping the Robins guarantee safety in Super League, perhaps a fitting way to round off a spectacular career?!

Was this ever in doubt?! Jackson Hastings retains his spot at scrum-half after he led the way in Salford’s hard-fought win over Warrington on Thursday.

He’s never afraid of taking on the defence, hence his success in this part of the world and could be the key to lead Salford to greatness just before his outing! 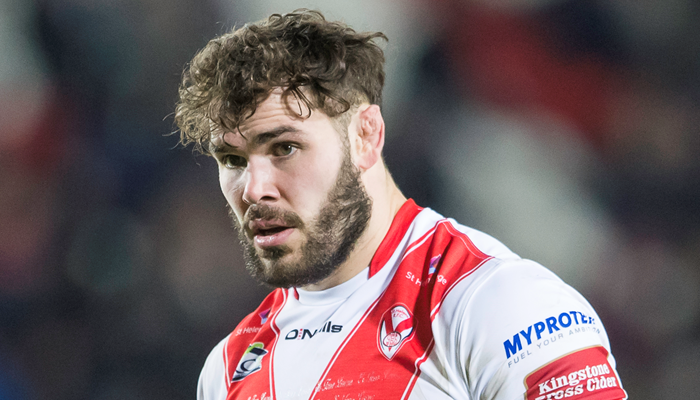 Walmsley was an important figure on Friday in a game dominated by the forwards.

He completed 29 tackle, two busts and managed 132 metres from 16 carries, enough to keep Castleford at bay.

As for Seumanufagai, the import notched a try, completed 27 tackles, three busts and tallied 110 metres from 11 carries.

Superb stuff in a game that arguably took Leeds to safety and perhaps much more from him next season should Leeds bounce back as contenders.

Another returning to the team is hooker Brad Dwyer, who is arguably a contender for Leeds’ personal Player of the Year!

He came away from London having scored a try, providing an assist, completing 33 tackles, two busts an amassing 115 metres from 16 carries.

Such statistics prove that he was once again a true grafter and why he should perhaps remain as the Rhinos’ first choice heading into 2020!

Jones recently was selected as part of the Great Britain training squad and deservedly so as his contribution in the win over Warrington added to what has already been a tremendous season.

He completed 27 tackles and managed up to seven busts along with 121 metres from 23 carries, with his sheer power always proving a handful and why he is a smart purchase for Hull FC next season.

As for Martin, not only did he slot over another six goals down in London, but also 29 tackles and 65 metres from 11 carries was enough to see off the Broncos and why he will be an interesting prospect in time to come.

We do have time for a player on the losing side and that is Wakefield’s Kelepi Tanginoa, but he is in for good reason.

The juggernaut is proving to be an excellent signing for Trinity and on Sunday, he proved how much quality he has.

Completing 16 tackles, four busts and a staggering 159 metres from 22 carries saw him prove more than a handful for Wigan, yet another import to come over here and impress and why he should possibly help Wakefield bounce back next season!