Warrington sent departing coach Tony Smith off in style on Saturday with a 46-24 win over Hull KR. Smith will leave the Halliwell Jones to return to Australia for 2018 after 17 years in Super League.

Despite trailing 18-16 at halftime, the Wolves came out strong in the second half, posting three unanswered tries late on to wrap up the game and bring to an end what has been a disappointing season in all.

The game itself was a dead rubber, with both sides having already secured their Super League status for next year. It was still a competitive contest, though, with both teams producing plenty of quality entertainment with some superb tries and pieces of play all afternoon.

It was the visitors who hit the straps early, scoring the game’s first try after just four minutes. A big shift wide outflanked the Wolves to see youngster Will Oakes dive over in the corner. Jamie Ellis made it six with a tremendous conversion from touch.

Rovers continued to pepper the Warrington line and looked to have scored again when Ben Kavanagh’s effort was disallowed for obstruction in the build-up. Tony Smith’s men needed a timely lift, and it came on 20 minutes.

The Wolves looked to dominate their opponents, but soon found themselves trailing by even more after KR scored twice against the run of play.

Chris Clarkson collected a charged-down kick, made a break, before kicking ahead for speedster Ryan Shaw to collect and touchdown.

The former Wolves winger then went over for his second in as many minutes, supporting Maurice Blair’s break to streak away for his seventh try in the Qualifiers. Ellis converted both to increase his side’s lead to 18-4.

The newly-promoted Rovers undoubtedly dominated the first half and so would probably be disappointed when Stefan Ratchford and Brad Dwyer scored just before the break to pull the score to within two points.

England fullback Ratchford leapt above the Rovers’ defence to claim Kevin Brown’s kick and touchdown, before Leeds-bound Dwyer darted through a gap to score from close range moments later. Livett converted both to make it 18-16 in favour of KR.

Warrington picked up where they left off in the second half, taking the lead for the first time in the game on 49 minutes. Andre Savelio, playing his final game for the Wolves before joining Brisbane in 2018, hit a great line to take Kurt Gidley’s pass and go through a gap to score. 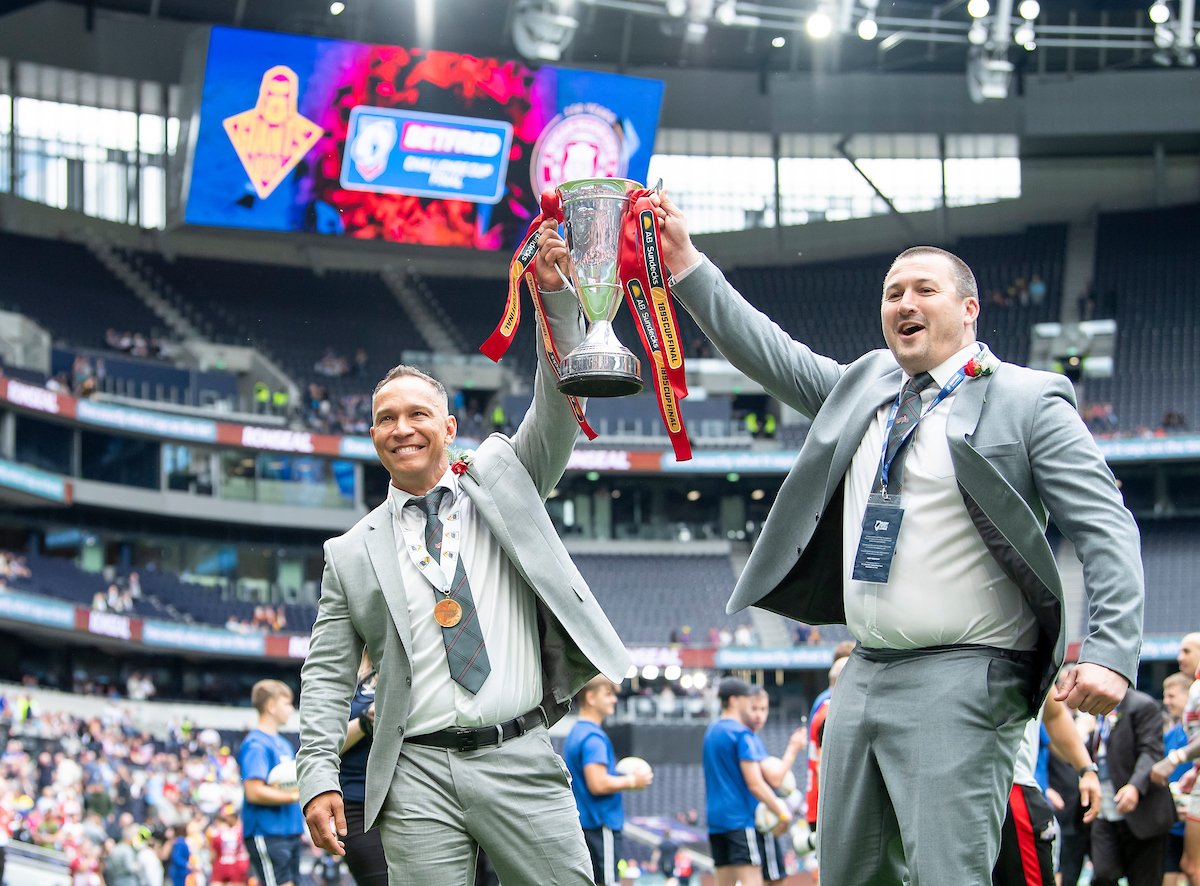 It was a fairly docile game for most of the afternoon, with little foul play or controversial calls. There were, however, two yellow cards brandished just moments after the Wolves’ try when Lee Jewitt and Jack Hughes were given 10 minutes for fighting.

The loss of Hughes didn’t seem to faze the home side, as they scored their fifth try of the afternoon on the following set. Ben Pomeroy found himself with the ball, before literally burrowing under defenders to go over. Livett’s conversion went just wide, making it 26-18.

Rovers weren’t out of it just yet, though, and hit back almost instantly through Oakes.

Oakes’ opposite number Pomeroy shot out of the line to close down Jamie Ellis’ pass, but the KR halfback threw an audacious long ball out to his winger for a walk-in. Ellis kept up his 100% conversion record with a superb kick from the touchline.

Their joy was short-lived, however, as Warrington went over again just four minutes later to restore their eight-point lead. A smart pass from Kevin Brown put Savelio through a huge gap to score his second of the afternoon. Livett was once again successful with the conversion, making it 32-24 with just under 20 minutes to go.

The Wolves started running away with the game now, scoring three more tries before the final hooter.

Kiwi international Peta Hiku spun out of a tackle from close range to score, before Ben Currie went over to end his nightmare season on a high. Harvey Livett completed the try-scoring, taking Currie’s pass to go over. A great way to finish the game, Kurt Gidley stepped up to notch the final two points of his illustrious career, converting Currie’s try. It’s been a disappointing season for the Wolves, but they certainly finished on a positive.