It’s that time of the year again where all pundits and fans try and predict how teams will fare each week.

With it still being early on in the season, it’s always difficult to gauge how consistent sides will be.

But, here go the predictions for round three.

The first fixture of the week sees Leeds host Wigan. The form of both sides could not be more different with the Rhinos losing their last two and the Warriors unbeaten so far in 2021. Leeds will be without Zane Tetevano who has been handed a four-match ban, but Kyle Eastmond is set to make his debut amidst an injury crisis for Richard Agar’s men. Bevan French is back for Wigan which could push Zak Hardaker back into the centres despite impressing throughout French’s absence. The Warriors also have Liam Byrne suspended for one game. Wigan should just have too much, but watch out for Leeds’ determination that we all saw in their Challenge Cup fixture with St Helens at the weekend.

Another fixture where the two sides could not be more contrasting, Castleford remain unbeaten in 2021 whilst Leigh are still winless following a tough start to the season. Coming off the back of a narrow yet exhilarating 33-32 Golden Point win against Hull KR, the Tigers may be suffering from some sort of fatigue after nearly 100 minutes of playing time. Meanwhile, the Centurions have been poor in the past two fixtures after nearly shocking Wigan in round one. Niall Evalds is set to return for Castleford after missing the Tigers’ last game following the birth of his child, but Blake Wallace is expected to be out for the visitors. The home side could well post a lot of points here.

It seems to be the weekend of disparity in Super League as champions St Helens host winless Wakefield. But, Kristian Woolf will be without Sione Mata’utia and Matty Lees after the duo succumbed to injuries (head and ankle respectively) in Saints’ victory over Leeds at the weekend. Mark Percival may also be missing which could allow the impressive Jack Welsby to keep his place. Wakefield, on the other hand, have been up against it since round one and Chris Chester will have to do without star winger Tom Johnstone as well as Josh Wood and Max Jowitt after all three left the field for Trinity against Catalans. Kelepi Tanginoa also has a one-match ban. But, with the news that Andrew Fifita could be joining his brother at the Mobile Rocket Stadium and the fact that almost everyone has written them off already, they may push Saints all the way.

Salford finally registered their first win of 2021 in the Challenge Cup, putting Championship side Widnes to the sword in emphatic fashion. However, their league form leaves a lot to be desired with two seriously unimpressive losses. Catalans, meanwhile, are also unbeaten having won three from three yet they have looked far from assured in those fixtures. After a Golden Point victory over Hull KR, the Dragons scraped past Huddersfield before overcoming a stubborn Wakefield side in the Challenge Cup. Danny Addy, Elijah Taylor and Dan Sarginson are doubtful for the Red Devils, but Catalans have no injury concerns. Steve McNamara’s men should be far too strong here.

Both are in the hat for the Challenge Cup quarter-finals, but Hull FC have been superior in the league with two commanding wins. Warrington, on the other hand, looked far from accomplished in their round one defeat to Castleford, but did put a big score on Leigh in round two. The Wolves look to be improving week-by-week and Gareth Widdop certainly looks to have enjoyed his pre-season. Whilst the Airlie Birds already have great expectation on their shoulders, Warrington will go into this one as underdogs – which may suit Steve Price’s men. Tom Lineham is banned for the Wolves though and Matty Ashton won’t play after being concussed in the victory over Swinton. Greg Inglis is still a doubt. Marc Sneyd, Ligi Sao and Manu Ma’u are doubtful for Hull. Could well be a shock on the cards here. 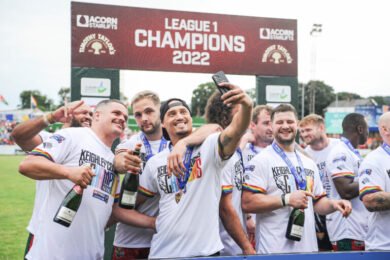