Kristian Woolf has named his game for Tonga’s warm-up clash with France at the Shay this afternoon at 2pm.

Woolf has included three Super League players in his side who haven’t been named in his World Cup squad including St Helens prop Agnatius Paasi who was unlucky not to be included in the 24-man squad.

Speaking of props, Albert Vete who is swapping Hull KR for Castleford in 2023, has also been named amongst the subs alongside another Tiger in former Hull FC outside back Mahe Fonua.

Meanwhile, St Helens centre Konrad Hurrell starts after a brilliant season at the Totally Wicked Stadium having made the move from Leeds even scoring against former club the Rhinos in the Grand Final.

Meanwhile, Huddersfield Giants star Tui Lolohea plays but not at fullback where he has played all year at the Giants and instead starts in the halves.

Catalans bound prop Sio Siua Taukei’aho is named at prop as captain of the side. 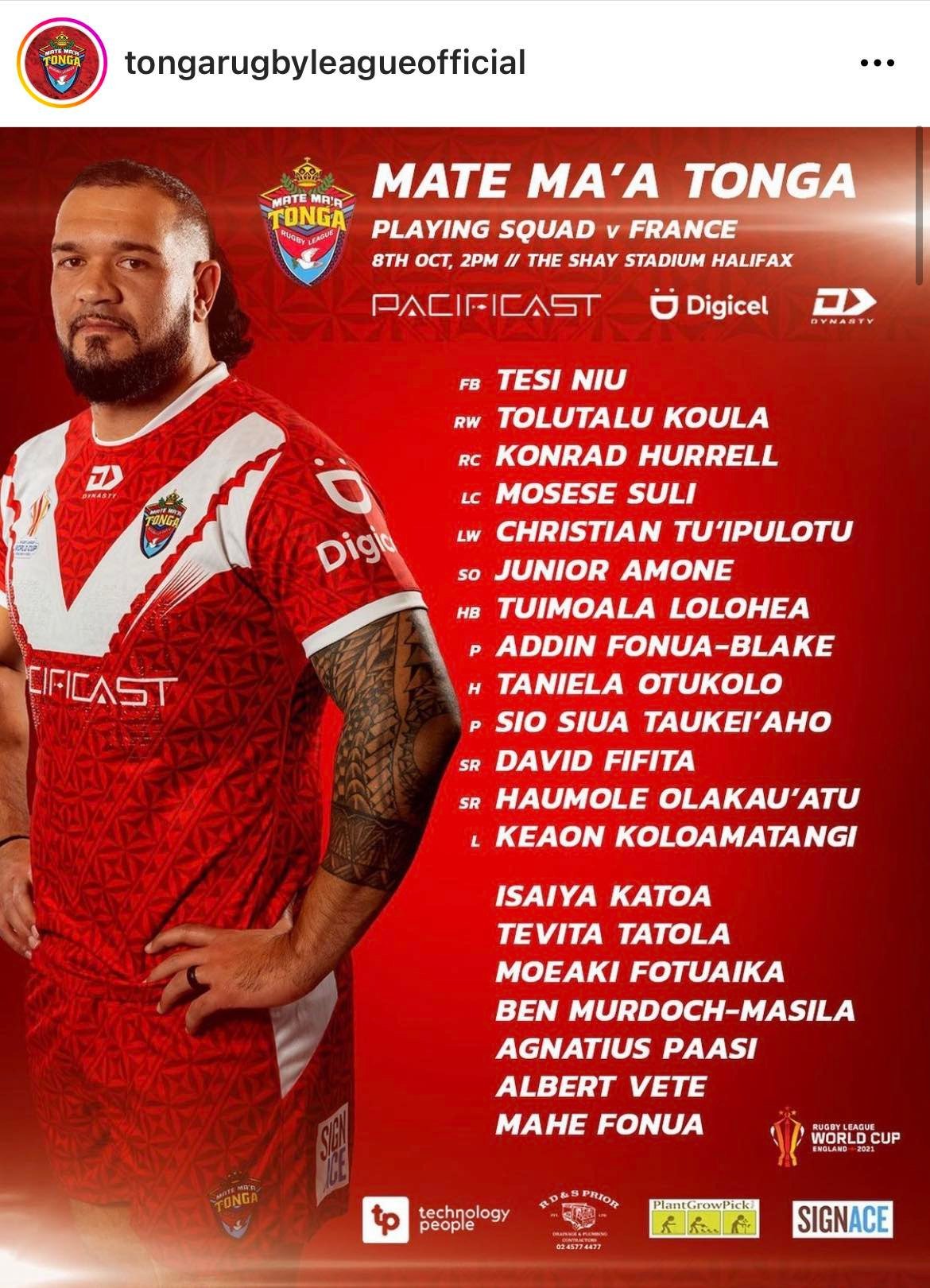 France have also named a strong team with Salford’s Morgan Escare at fullback, a backline consisting of four Catalans men and Paul Macron of Toulouse.

Arthur Mourgue and Tony Gigot start in the halves as Catalans captain Ben Garcia is named at loose-forward.

Leeds Rhinos signing Justin Sangare is named on the bench.