Luke Thompson has been in Australia for over a year-and-a-half since joining the Canterbury Bulldogs back in 2020.

But, in that time, he has never been far away from speculation about his future, not least after initially refusing to get the COVID-19 vaccine and with his huge contract – thought to be worth around $800,000 a year – taking up a significant amount of salary cap space at the Bulldogs.

Despite that, when actually having taken to the field, Thompson has impressed with his barnstorming runs and hard-hitting defence putting him in the market.

The 26-year-old was offered to the Wests Tigers earlier in the year, but that move never materialised.

However, he has reportedly been offered to Michael Maguire’s side once more as Canterbury look to offload the Englishman following the capture of Viliame Kikau on the same contract worth.

It also must be remembered that Thompson travelled halfway around the world during a global pandemic to ply his trade with a completely new side in a completely different culture.

That in itself takes an immense amount of courage and it’s safe to say that the English forward has not forgotten his roots, congratulating St Helens prop Alex Walmsley on his testimonial being awarded by the RFL after ten seasons of representing the Red Vee.

The message also included a hint of nostalgia: “My guy. Miss lacing them up with you lad @alexwalmsley90” – lacing, of course, in this instance meaning lacing up the boots to run alongside Walmsley in the pack. 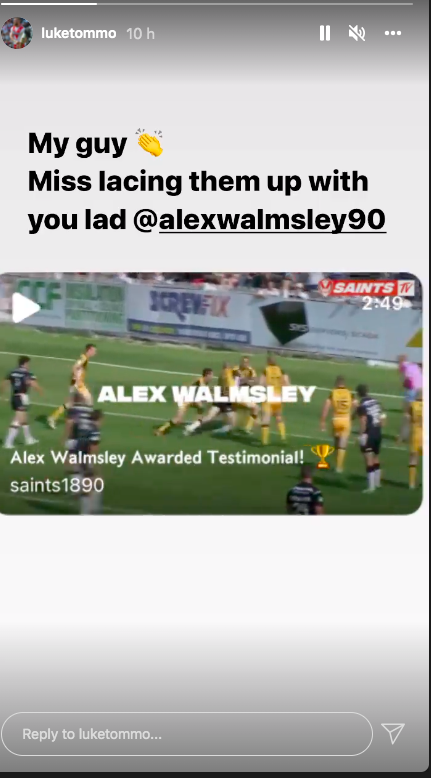