Leeds Rhinos, Warrington Wolves and Wigan Warriors have decided whether or not to appeal charges against their players.

One of those was Leeds Rhinos’ Brad Dwyer who will be banned for one game. However, Warrington Wolves star Daryl Clark was able to escape a ban, despite receiving the same grading. 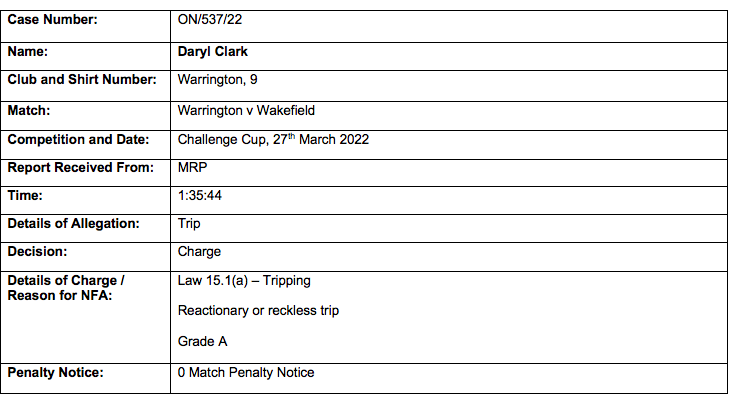 The Disciplinary Match Review Panel said exactly the same for Dwyer: “Law 15.1(a) Reactionary or reckless tripping Grade A.” 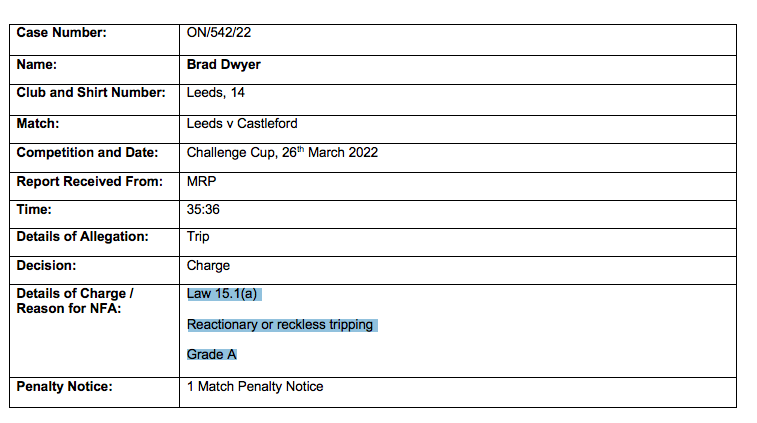 However, the Leeds hooker has previously been banned this year back in February which meant that Dwyer was banned because he had a stain on his record.

The same could not be said of Clark, meanwhile, as he has a squeaky clean this season.

The Warrington man does, however, have a ban on his record from August 2021 which counts as a blip on his record from the past 12 months which was what Match Review Panel chief Paul Cullen previously said would yield a suspension.

Following the latest round of Betfred Challenge Cup fixtures, the Match Review Panel have issued the following sanctions:

However, no Super League side will be appealing the decisions handed out yesterday.