Leeds Rhinos’ Liam Sutcliffe has posted an update on his serious knee injury, which he suffered in defeat to the Castleford Tigers in August.

He was set to be ruled out for a maximum of six months according to Leeds head coach Richard Agar and has now been snapped running for the first time on an Alter-G treadmill.

The 26-year-old has been used as a utility option for the Rhinos throughout his career, featuring across the centres, at full-back and at stand-off, but has been handed the number 4 shirt by Agar as the club gears up for the 2022 Super League season.

“He’s succumbed to his knee injury,” Agar revealed at the time.

“He’s subsequently seen a surgeon, and he will need microfracture surgery which will rule him out for a four to six month recovery period.

“We’re hoping to get that done early next week, we hope to confirm it for Wednesday so he’ll be back in contention for the start of next year.”

The Alter-G treadmill machine uses a pressurized air chamber to uniformly reduce gravitational load and body weight in precise 1% increments, which then allows patients and athletes to move unrestricted and pain-free.

It appears that Sutcliffe still has a way to go before being fully able to return, but it is very good news indeed. 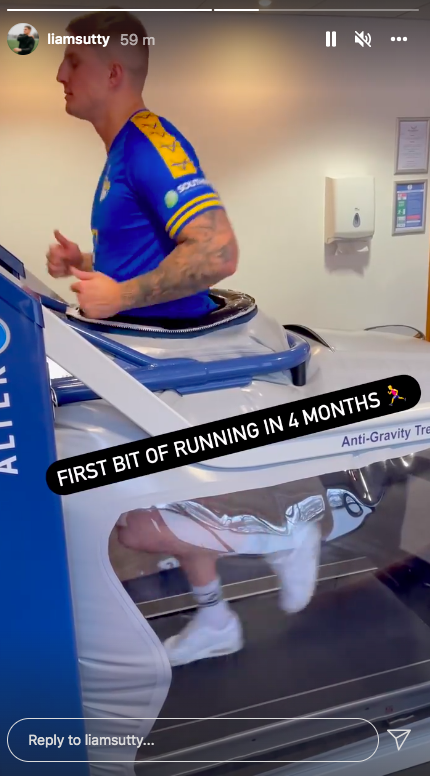