After Tony Smith guided the Robins as close as they’ve ever come to the Grand Final before backing that up with a semi-final appearance in the Challenge Cup, he revealed he would be leaving the club at the end of 2022.

This helped spark a downturn in form resulting in an early departure for the two-time Super League Champion and three-time Challenge Cup winning coach as Danny McGuire took interim charge.

McGuire wasn’t able to guide the Robins back to the play-offs as injuries mounted but with a young squad – the likes of Jez Litten and Mikey Lewis have really shone for England Knights recently – and injured bodies to come back, KR have real potential demonstrated in their final game of the season as they beat Hull FC with just 16 men.

Now Willie Peters is taking charge of the Robins in 2023 and has brought in plenty of exciting players such as James Batchelor from Wakefield.

This new chapter of Hull KR history is edging closer with the Robins confirming that their return to training in the shape of pre-season testing will take place in two weeks’ time on the 24th October.

Of course those involved in the World Cup or indeed in the Knights’ games such as the World Cup warm-up against Scotland, won’t be joining just at that point but many of the young stars at the club will be there preparing for what they hope will be a big year for the club.

We're back for pre-season testing in two weeks✌️👀#UpTheRobins 🔴⚪️ pic.twitter.com/3y8MJcLyLk 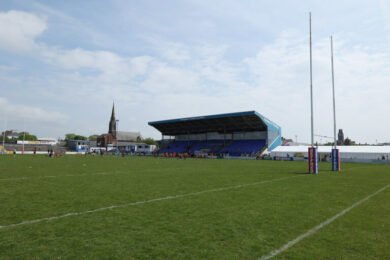