With the start of the Rugby League World Cup just two days away, the squads for the opening games have been confirmed.

England named their 19 man squad this lunchtime with Ryan Hall and Andy Ackers the notable omissions.

Meanwhile, Samoa have also named their squad for the game at St James’ Park with six NRL Grand Finalists named such as try scorers in the decider Brian To’o and Stephen Crichton as well as star number six Jarome Luai.

Australia, with their strange squad numbers intact, named their team for their first game of the tournament on Tuesday but their 19 was reconfirmed today as was the 19 man squad of opponents Fiji with the clash set to take place at Leeds Rhinos’ Headingley stadium

Fiji have been struck by injury whilst their coaching situation has also been unsettled with the likes of Brian McDermott and Jamie Webster playing a key role behind the scenes.

Nonetheless, Fiji have named a number of top stars in their squad for the game including Hull FC outside back Mitieli Vulikijapani who wears the number five jersey.

The number four jersey goes to another Super League star in the shape of Huddersfield bound Kevin Naiqama.

He won three Grand Finals with St Helens and also picked up the Harry Sunderland Award in 2021 a year in which he also tasted Challenge Cup Final success.

He spent 2022 with Sydney Roosters before joining Huddersfield next year. He played at fullback against England and could do so again here. 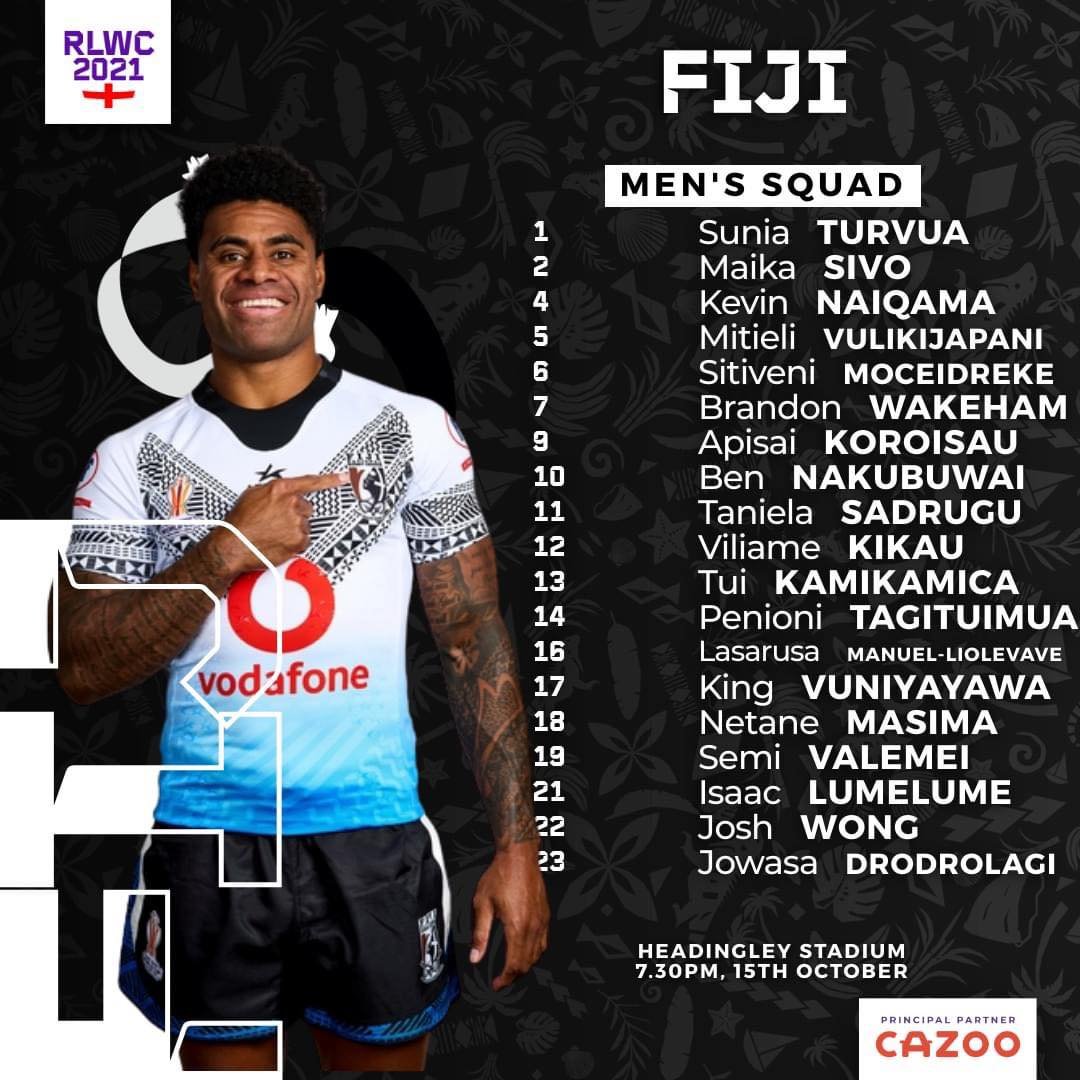