Leeds Rhinos second rower Brett Ferres could be set to return to Wakefield in 2020. The 33-year-old is one of two Rhinos players still out of contract and isn’t likely to be offered a new deal by the club, with the club already having six senior back rowers signed up for next season.

The Rhinos hierarchy are also looking to promote youngsters Owen Trout and Sam Walters into bigger first team roles, meaning Ferres is likely to be pushed out. He could, however, be the man to plug the gap left at Wakefield by Pauli Pauli, who is set to join Salford, and link up with former teammate Danny Brough.

Former Australia and Italy international Aidan Guerra could be set for a move to Super League. Reports in Australia suggest that he will be released by current club Newcastle Knights at the end of the season, with Super League the likely destination.

A number of clubs are likely to be interested in the 31-year-old, especially as he is unlikely to demand marquee money. One potential option would be Toronto, who will be keen to make big-name signings if they are promoted to Super League.

Recent Salford signing Josh Johnson is attracting interest from several top-flight clubs, according to League Express. The 24-year-old returned to Super League with the Devils after a spell with Barrow in the Championship but is yet to secure a contract for 2020.

His deal with Salford is only until the end of the season and while Ian Watson is keen to keep him at the club beyond this year, the club face stiff competition for his services. Johnson was released by Hull KR at the end of last season, after also having come through the academy system at Huddersfield.

The future of NRL star Josh Reynolds is still unclear, despite him being on the radar of various Super League clubs. Wests Tigers have allowed him to talk to other teams, however he is yet to make a decision on his future.

Leeds and Catalans were believed to be interested in his services, with both sides on the lookout for a new halfback ahead of 2020. Should Reynolds receive bids from other NRL clubs, however, the Rhinos and Dragons may struggle to match or better their offers.

Hampshire and Roberts deal falls through

A swap deal involving Wakefield’s Ryan Hampshire and Huddersfield’s Oliver Roberts collapsed at the eleventh hour last week, report League Express. Both sides are keen to strengthen before the August 9th deadline and had agreed a short-term swap deal for the pair, before backing out.

Fullback Hampshire is out of contract at the end of the season and is actively looking for a new club, while Roberts has been out of favour with Simon Woolford’s side in recent weeks. The deal could still materialise, but seems unlikely to happen in the near future. 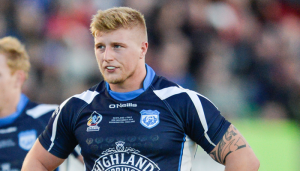 League Express are also reporting that Featherstone are lining up bids for Danny Addy and Alec Susino. The pair are reportedly attracting interest from a number of Championship clubs, with Rovers among them.

Hull KR utility Addy is out of contract and is struggling for Super League suitors, while Barrow prop Susino has impressed after spending the past two seasons in Cumbria. Featherstone coach Ryan Carr is keen to start building his squad for next season, especially with the club’s dual-registration agreement with Leeds at risk with the return of the reserves competition.