Willie Mason has been teasing his followers on social media with a cryptic post about his future.

With Mason taking the assistant coaching role with former club Canterbury Bulldogs, his route back into rugby league looks a straightforward one.

The controversial and bullocking forward registered 148 appearances for the Bulldogs over a period of eight seasons and played a major role in the NRL premiership-winning side in 2004, claiming the Clive Churchill medal in the Grand Final for a stellar display.

Mason played 310 games in his rugby league career in the NRL and the Super League, having an ill-fated spell at Hull KR as well as enjoying himself in the south of France with the Catalans Dragons.

He also represented New South Wales in 13 State of Origin games and played 24 matches for Australia.

Mason teased his Instagram followers with a caption on his most recent post saying: “Contemplating my moves in 2022…”

In an Instagram story post, Mason was then captured training hard with notorious sports coach Trent Langlands as he looked in very good shape. 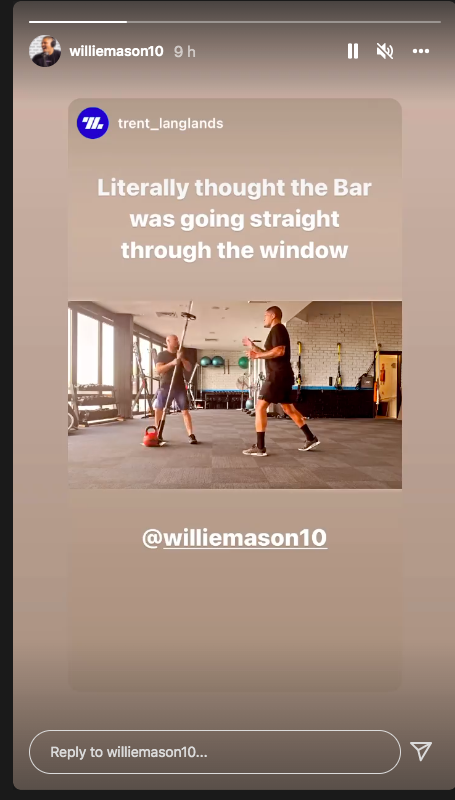 Mason has not only being a key figure in rugby league, but he has also stepped into the boxing ring to fight the likes of former NRL cult hero Sam Thaiday – which could explain why he is keeping in peak physical shape with a potential boxing bout mooted.