The Cherry and Whites host the French side in Round 27 – looking to remain unbeaten at home throughout the 2022 regular season and build momentum ahead of the Play-Off Semi Final in two weeks’ time.

There are 12 changes from Monday’s youthful squad that put in a valiant effort at Hull KR in Round 26.

Club Captain Thomas Leuluai returns to the squad after a long spell out with a calf injury. The 37-year-old suffered the injury during training and has not featured for the Warriors since Round 15 in the win against Salford Red Devils in June.

However, there is still no place for Liam Farrell who has failed to recover from the injury that forced him off during Wigan’s brilliant win over St Helens.

The 21-man squad is as followed: 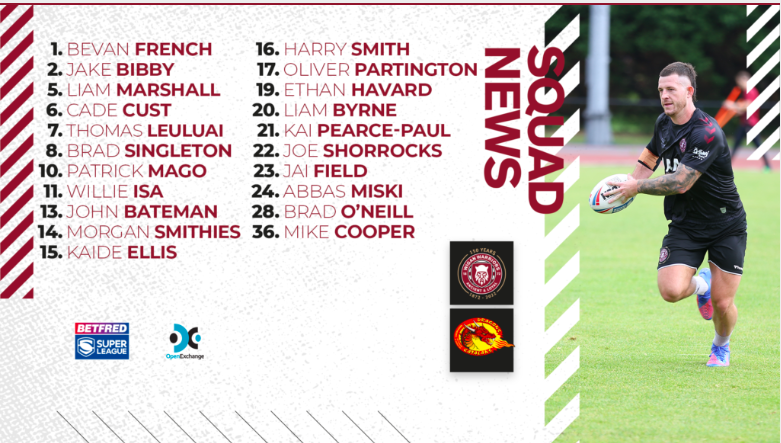