Kyle has been involved in his father, Shane’s, international coaching debut for the Macedonian rugby league side at the weekend.

But, the halfback himself has been the recipient of criticism in his first season in Belmore after failing to play a key role for Trent Barrett’s Canterbury Bulldogs and he even found himself in the reserves, despite his hefty wage – and has since been linked to a move to the UK.

Apparently Flanagan’s contract is heavily back-loaded and he’ll be earning $500,000 in 2023, according to the Daily Telegraph, which could mean Super League sides come into the picture.

Flanagan was subsequently dropped for the next six games before being recalled, but was soon forced out of the side once more as the Bulldogs finished bottom of the NRL after winning just four games all year.

The 23-year-old has made almost 50 appearances in rugby league’s most impressive competition, having played a key role in the Sydney Roosters’ 2020 season.

However, it is thought that Canterbury are willing to pay a portion of Flanagan’s wage just to get him off their books as Phil Gould continues his rebuilding of the Bulldogs.

But Flanagan has also been a rock for dad, Shane, in his new role for Macedonia who played their first full international against Malaysia in a 58-0 victory this weekend. 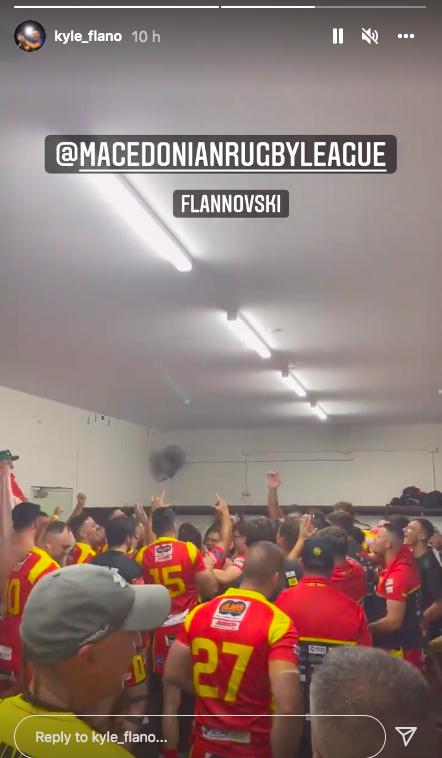