Penrith Panthers star Jarome Luai has got himself into hot water after posting an alleged racial comment on his Instagram story following their victory in the NRL Grand Final.

The post, which was deleted several hours later, was a picture of Luai and Panthers utility Jaeman Salmon with the an offensive slur as the caption.

The Origin stand-off is known for his loud social media personality but appears to have overstepped the mark following his second successive NRL Grand Final victory with the Panthers. 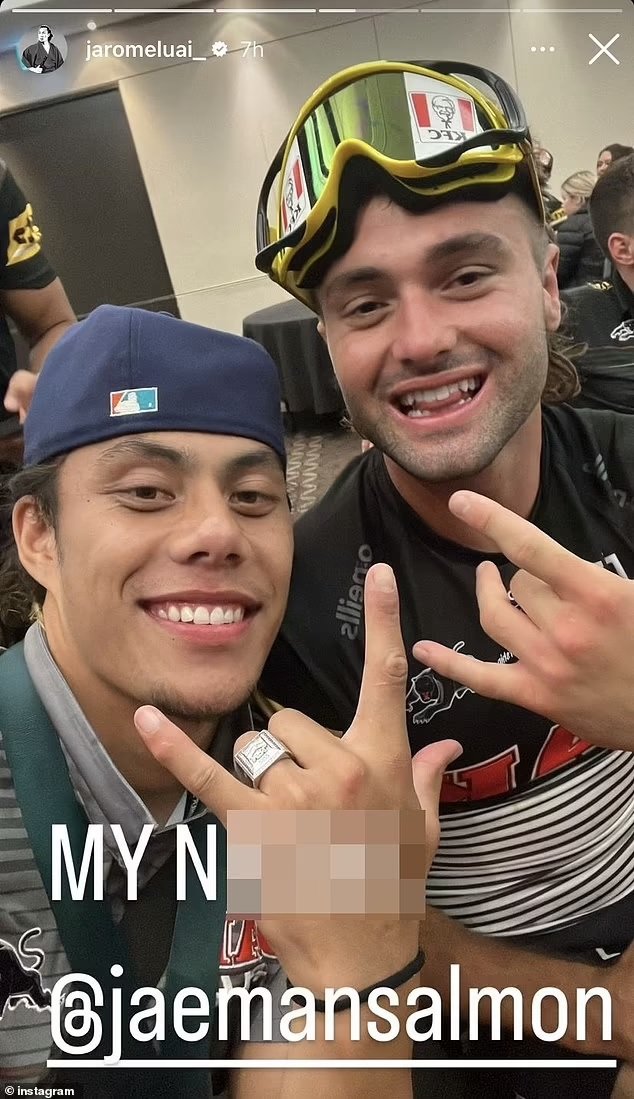 A separate post calling himself “Daddy” has also caused a stir with the phrase being an apparent call-out to the Parramatta Eels who they beat in the Final.

‘The NRL Integrity Unit is aware of the post,’ an NRL spokesman told The Daily Telegraph. The NRL is yet to launch an investigation and have yet to comment on potential sanctions Luai could face.

Penrith’s celebrations on social media has lead to a big reaction in the Australian press with journalist Paul Kent quick to criticize the back-to-back Premiers on NRL 360, stating they are ‘ruining their legacy’.

Kent added: “Honestly, at some point these blokes have got to be asked to act like men. They’re carrying on like 16-year-old school boys.”

Penrith came under fire during their title celebrations last season, with now Catalans Dragons player Tyrone May also being filmed using a racial slur in an Instagram Q&A. He was later sacked by the Panthers for his post following the 2021 Grand Final in which he made light of a court case which he was involved in.

With the World Cup around the corner, Luai now faces an anxious wait to see if his actions will lead to a suspension which could result in him missing games for Samoa. He is a key part of a Samoan squad which looks set for big things at this upcoming World Cup with many of their start players coming from this Penrith Side.

England are the Samoans first game in the World Cup and they will be looking to get their campaign off to the best possible start, missing one of their star players through an ill-advised social media post will be a big dent to their chances.