Recently, the barrage of abuse that sporting players have been getting all over the world has been harrowing.

But, following Manly’s loss to St George at the weekend, Sean Keppie was sent a disgusting set of direct messages from one Instagram user who was clearly angry at the Sea Eagles forward.

Keppie had taken Newcastle halfback Phoenix Crossland late and high after the latter had put a kick in and was subsequently yellow carded in the 33rd minute.

However, the Manly forward screenshot the message and put his own defiant post out.

Warning, the photo does include language that people may find offensive. 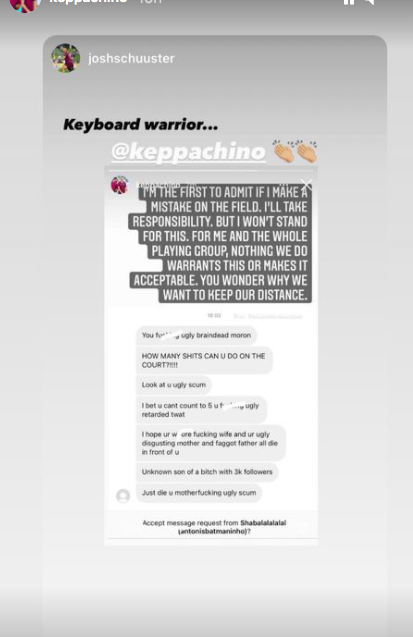