Mark Campbell, Featherstone Rovers Chairman, has allegedly been found guilty of criminal damage per a report in the Wakefield Express.

The statement in the paper’s court lists from Monday, 4th October reads: “Mark Campbell, age 56, of Wakefield Road, Ackworth, was found guilty after a trial of criminal damage to an Audi car at Featherstone Rovers’ ground. He was given a 12 month conditional discharge, told to pay £500 compensation and £200 costs.”

When approached about the matter by Serious About Rugby League, Featherstone Rovers declined to comment citing that it was a personal matter.

Campbell, who spent two seasons at Featherstone as a player in the late 1980s, took over as the club’s Chairman in 2010 having initially come on board as investor in 2007.

He has twice nearly led Rovers to Super League in recent years, losing the Million Pound Game to Toronto in 2019 before suffering the same fate at the hands of Toulouse last Sunday. 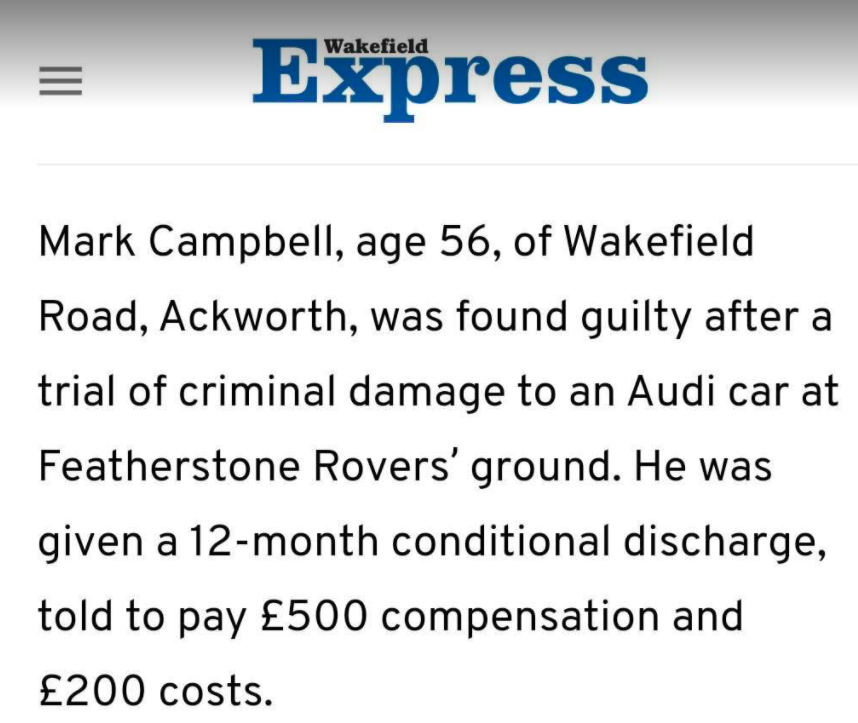