Few forwards were as impressive as Mikolaj Oledzki early in the season. The Polish born prop was devastating defences and providing Leeds with a chance of winning in every game even when their injury crisis was at its worst. Yet, soon enough it was him getting injured.

Oledzki was hit with a pair of injuries in quick succession either side of his impressive showings against Hull FC and Warrington. The second injury appeared to end his season when it was confirmed that he’d need surgery. However, it seems there’s now hope of him playing again in 2021.

The young prop took to Instagram today to proclaim that he feels good and hopes to play again this year: “It’s been a long and frustrating few weeks out but starting to feel pretty good now. Hopefully will get a chance to run out with the lads this year.” 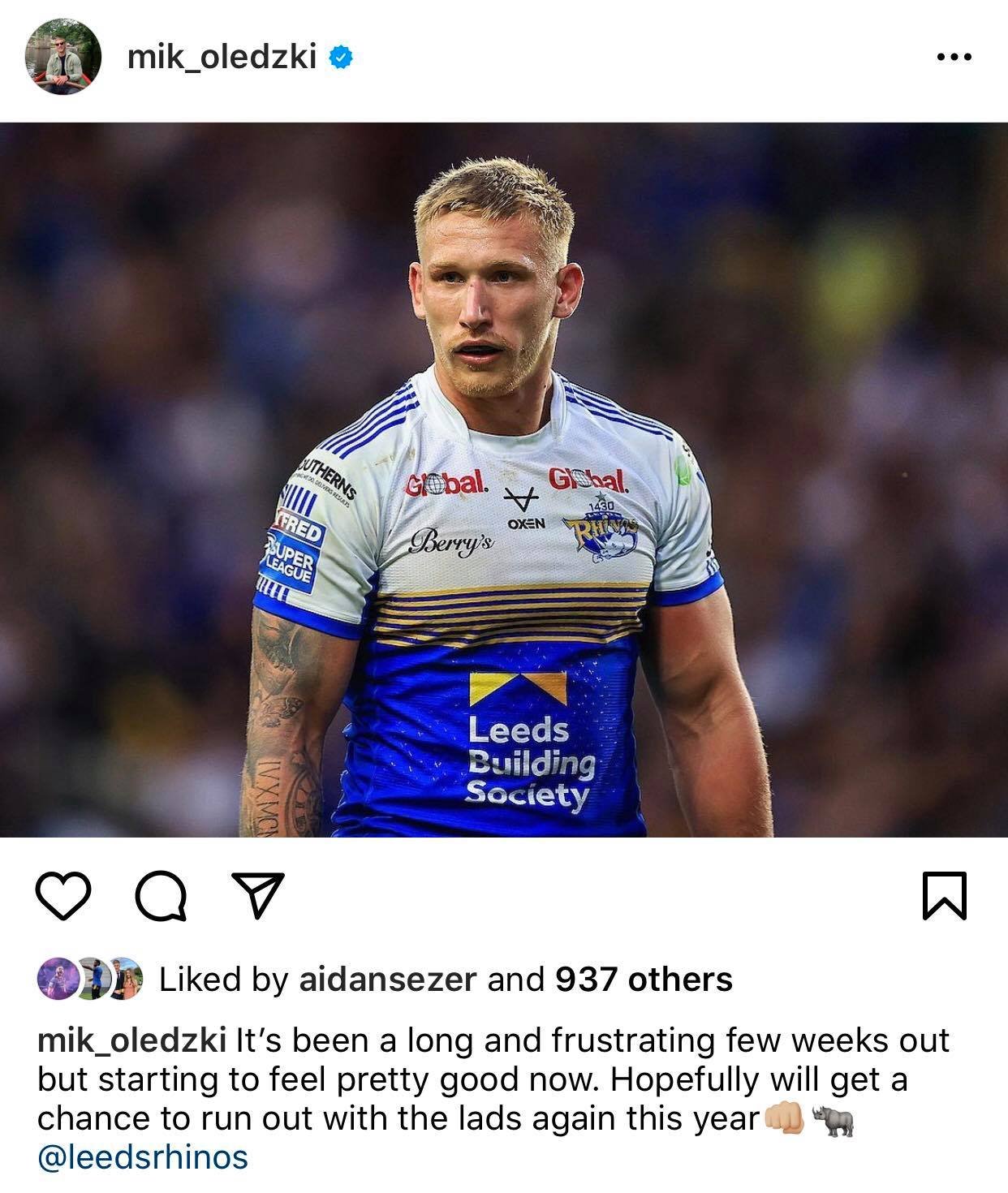 That of course is dependent on the Rhinos qualifying for the play-offs which isn’t guaranteed. If Castleford win on Thursday and Leeds lose on Friday, the Rhinos will miss out on the play-offs for the fourth times in six seasons.

So, if Leeds fans want to see arguably the league’s best young prop again this season, the Rhinos must win on Friday.