Korbin Sims will be returning to Hull KR this weekend, he has confirmed.

The Fijian international confirmed the news on his Instagram profile, after heading down to the beach for one last soaking in the Australian sun. 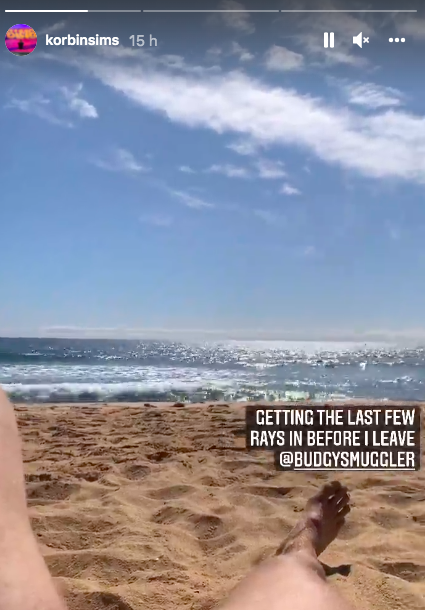 Sims didn’t have the most fruitful of years in his maiden season in East Yorkshire, registering just 14 appearances after arriving during lockdown.

The 29-year-old suffered a number of head knocks during the campaign too, making just four appearances in the last few months of the season, with an Achilles problem ruling him out of the play-offs.

Sims had come from Australia without his young family so was keen to reunite as soon as possible, but it looks as though the Fijian will be returning to Craven Park earlier than some expected.

Hull KR have recruited the likes of Tom Garratt, Phoenix Laulu-Togaga’e and Sam Wood, whilst the capture of three-time Super League Grand Final winner Lachlan Coote will prove key as Rovers attempt to go one better in 2022 after exiting the play-offs at the semi-final stage in 2021.

And, Sims is set to play a key role in that after a troubled year, though he will have to do so with the number 15 on his back after swapping shirts with long-serving Robin George King.

He must be good if king gets in before him