Kallum Watkins has given a funny update on his return to pre-season training.

The Salford Red Devils centre suffered a season-ending ACL injury in June of this year and has spent the off-season getting ready for pre-season.

And, now the tough stuff in pre-season is upon him as he looks devastated to be expending so much energy on the gruelling Watt Bike. 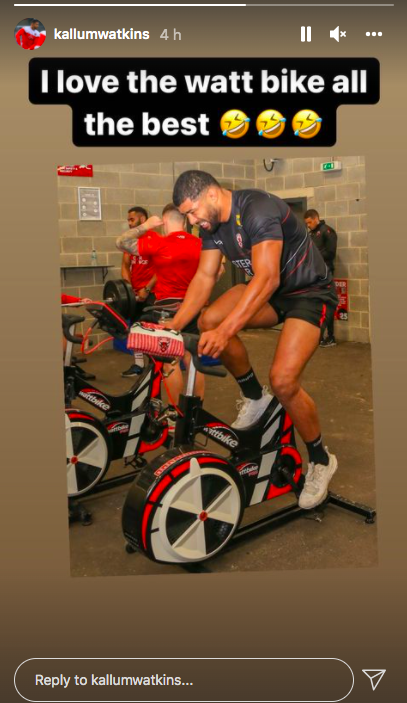 Multiple Grand Final and Challenge Cup winner with Leeds Rhinos, Watkins looks destined to be part of the new era at the Salford Red Devils under head coach Paul Rowley following the sacking of Richard Marshall.

Marshall was released from this contract following a dismal run of form in the 2021 Super League season which left the Red Devils second bottom and only saved by relegation by Leigh Centurions who won just two games all year.

Salford have, however, recruited heavily for 2022 with the likes of NRL halfback Brodie Croft joining alongside North Queensland Cowbys Shane Wright.

But, for Watkins, the hard work has already started as he attempts to impress new boss Rowley.