Albert Kelly, who excelled for both Hull KR and Hull FC whilst in Super League, has been able to impress enough in his native Australia to be handed a call-up to the Indigenous All Stars.

30-year-old Kelly has made a combined 171 NRL and Super League appearances since debuting in 2010 and has been impressive since making his Australian comeback with the Broncos midway through the 2021 season.

He made a number of appearances for Brisbane last season after returning from England where he played 118 games for Hull KR and then Hull Fs between 2015 and 2020, scoring 67 tries in total in the Super League.

On his return to Australia earlier in 2021, he played consistent football for Broncos Affiliate South Logan Magpies before being given another shot at the NRL with a debut for Brisbane in Round 11 against the Sydney Roosters.

That night, Kelly helped orchestrate a memorable 34-16 upset at the Sydney Cricket Ground and he has been a part of the Broncos’ NRL squad ever since.

And, it appears as though he has been impressing enough to earn a spot in the Indigenous All Stars fixture against the Maori All Stars, with Kelly set to receive the number 14 shirt for the game on Saturday night. 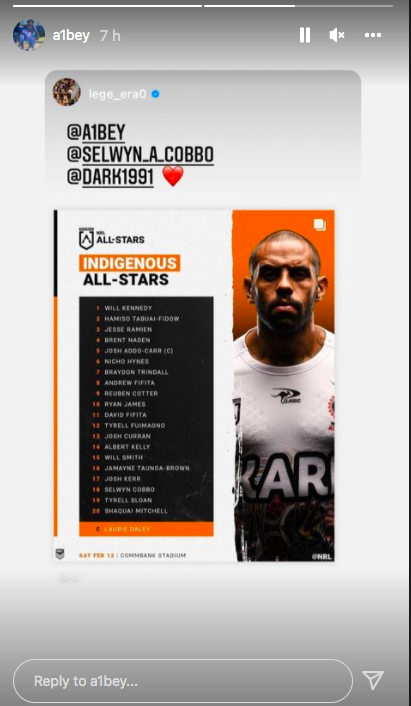