Bradford Bulls have done some amazing business in preparing for the 2023 Championship season.

They have signed the youngest ever Super League Grand Final winner in the shape of Jack Walker from Leeds Rhinos as well as his teammate and former NRL star Bodene Thompson following his three year stint with the Rhinos which ended with a Grand Final appearance against St Helens.

Under Mark Dunning, who is keen to play expansive rugby at Odsal, the Bulls look like a side who could push for promotion in 2023 and return to Super League for the first time since 2014.

As they go in search of promotion they will look good doing it having released their superb 2023 home shirt today.

The jersey is a brilliant mix of modernity and traditional with a little more red on the shirt than usual.

It forms the entire chest area before the kit breaks off into the traditional white thanks to gold and black lightning strikes down the sides of this red portion that lead into the white.

For fans of comics, it is reminiscent of the Flash from DC comics.

Of course, the kit is complete with white shorts and socks for a superb ensemble.

It means that as the Bulls chase promotion, they will look good too.

There is an extra something different about the shirt with the badge central rather than to the side.

You can see it below: 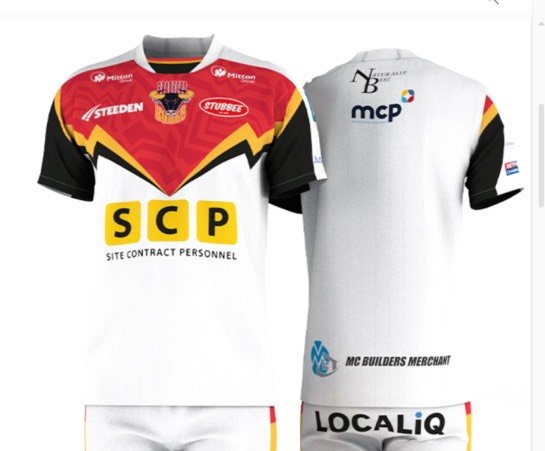