When Blake Austin signed for the Leeds Rhinos on a one-year contract in August this year, many were confused about where he would fit in.

With Aidan Sezer and Luke Gale predicted to start the season in the halves for the West Yorkshire club, it was perhaps a little unclear where Austin would make his name.

However, since then, the utility tag surrounding the Australian has led to calls for Austin to feature as a loose-forward or a roaming number 14 like in the NRL.

That being said, the 30-year-old has still been living in Warrington after moving to the Halliwell Jones back in 2019.

29 tries in 57 appearances later and Austin found himself on the periphery, but has chosen to fully commit himself to the Leeds project by moving to West Yorkshire.

Unfortunately for the Austin family, that has been an incredibly stressful time as the Aussie revealed on social media last night.

The caption was at Weetwood Hall estate which is a hotel in Otley, Leeds and clearly it’s been a trying time for the 30-year-old and his family. 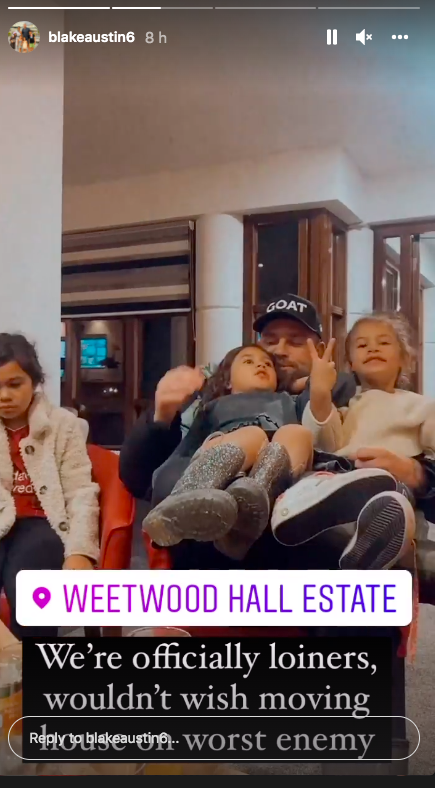 Is your word for the day “difficult”? is this or the Blake Austin story really a story? Do you have a target of story’s a day you have to submit?