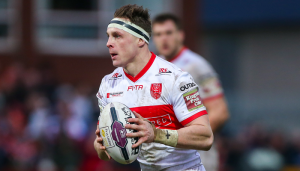 I spent my Boxing Day watching Leeds v Wakefield and despite the game itself being a relatively bland and dreary one, there was still plenty to take away. For a start, the new South Stand at Headingley looks magnificent and is popular with the fans, while it was a nice touch for Leeds to welcome back 14 of the club’s legends to open it. On a less positive note, Robert Hicks was way too whistle-happy and didn’t let the game breathe, blowing for over 20 penalties. Hopefully that won’t continue when the season gets underway.

As far as the two sides are concerned, the inevitable rustiness was there to see. Neither side looked particularly in-sync or showed any groundbreaking pieces of skill. The standout player had to be James Donaldson. Given what’s on the line for him he had to deliver a solid performance and did exactly that. His defence was outstanding while he ran hard with the ball, making plenty of metres after contact. The Rhinos would be foolish not to offer him a contract. 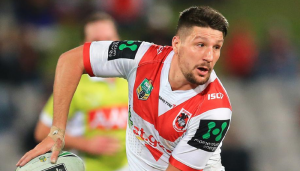 Warrington are said to be front of the queue for his signature, which is a scary prospect for any other Super League club. In Widdop and Blake Austin, the Wolves would have the competition’s most high profile halves combination, who have the potential to rip even the best defences to shreds. Widdop isn’t on the market just yet, but I imagine Wire will throw all their resources into signing him if he does.

Hull KR pulled off the signing of the week, with the acquisition of Josh Drinkwater giving them a huge boost going into 2019. Drinkwater was arguably Super League’s best scrum half this year despite only featuring for half the season, leading Catalans to their first ever Challenge Cup triumph.

It still bewilders me as to why the Dragons didn’t keep him on, but their loss is Rovers’ gain. KR now have Drinkwater and Danny McGuire as their halves pairing, with England Knight Chris Atkin providing competition and potentially adding something different off the bench. Tim Sheens’ squad is shaping up well and while they won’t be mixing it at the top of the table, they shouldn’t be in any danger of relegation.

One name that no one expected to make headlines over Christmas was Cory Aston. The Castleford stand-off had very much become Super League’s forgotten man, having failed to make his competition debut at either of he clubs he’s been at over the past two years. Against Featherstone on Sunday, however, Aston delivered a man-of-the-match performance and has arguably put himself in the frame to be one of Daryl Powell’s starting halves.

With Luke Gale still recovering from knee surgery, a spot alongside Jake Trueman is up for grabs. Ben Roberts and Jamie Ellis are the obvious choices but Aston has certainly pushed his way into contention. He also played at hooker on Sunday, kicking two 40/20’s, so that’s another option. Cas are lacking a backup for Paul McShane, especially with Adam Milner becoming an out and out loose forward, so Aston could look to deputise for him.

Broncos still one half short

It’s all about the halfbacks this week, but that’s exactly what London are lacking in. Danny Ward has admitted he’s still keen to add a pivot to his squad but is seriously struggling to find someone available that would compliment his side. As it stands Api Pewhairangi, Jordan Abdull and rookie James Meadows are his only options, leaving them particularly thin on the ground going into 2019.

It’s not clear who Ward has approached so far, but there’s still some good options he could aim for. Jamie Ellis is down the pecking order at Castleford so could link up with former Hull KR teammate Abdull, while Widdop’s link to Warrington could pave the way for Kevin Brown to head to the capital. The Broncos could also take a punt on some of Super League’s less-experienced players looking to prove themselves, with Morgan Smith (Warrington), Jake Shorrocks (Wigan) and Izaac Farrell (Huddersfield) all likely available on loan deals at least.