Jackson Hastings is a name that is on everyone’s lips at present after taking the NRL by storm upon his return.

After almost four years in the UK Super League, the Australian halfback earned himself a deal back Down Under with the Wests Tigers and has impressed in a struggling side.

However, with Michael Maguire’s sacking – the coach who brought Hastings to the club ahead of the 2022 season – there have been question marks over where the halfback’s future lies with the Canterbury Bulldogs reportedly interested in bringing the 26-year-old to Belmore.

Now, though, according to the Sydney Morning Herald, it is the Newcastle Knights that have had discussions about luring Hastings to Newcastle for 2023.

Hastings is contracted to the Tigers until the end of 2023, but his management are close with Newcastle’s recruitment manager Clint Zammit.

A cryptic Hastings post on his Instagram last week had left Tigers fans questioning whether the halfback would follow Maguire out of the club after being linked with a move away.

His post showed a photo of the halfback and the head coach with three shaking hand emojis in one last message to his former boss as it seems there is no shortage of suitors for the playmaker.

And, now Hastings’ new photos on Instagram have been met with begging from Wests fans to stay at the club. 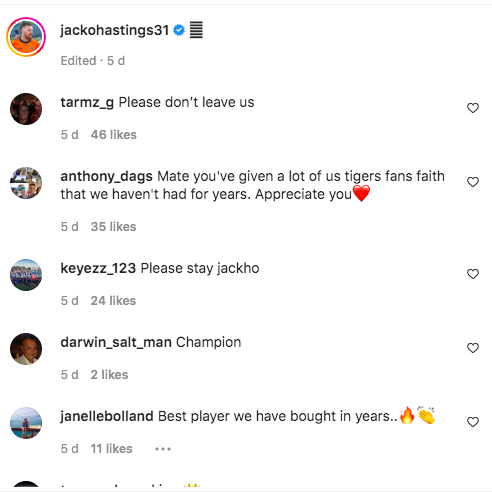 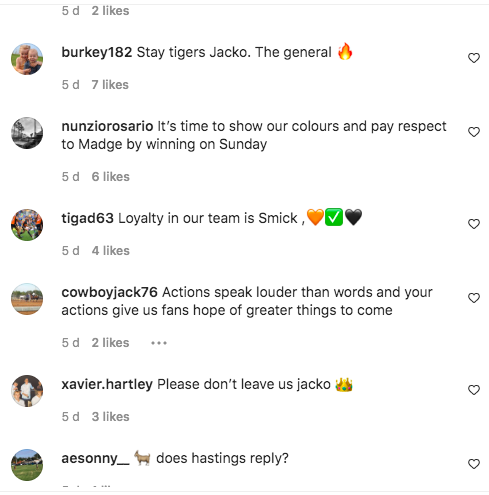