Although he was unable to stop Hull suffering a defeat to the Leeds Rhinos, Shaul was a constant threat. He gained almost 150 metres and made a number of impressive breaks in a tight game at Headingley.

As always, McGillvary caused havoc for the opposition, making up a huge 208 meters. He also showed his ability to be a provider, as he delivered assists for Lee Gaskell and Leroy Cudjoe.

Delivered an inspiring display from the centre, scoring two tries and assisting two others for winger Mason Caton-Brown, as Trinity took Widnes apart.

Was once again one of the standout performers in the Super League. Percival scored 22 points for the Saints, kicking nine goals and grabbed a try in the closing stages to make sure St Helens claimed the victory over Catalans.

In a game that was quite a scrappy affair, Hall produced one of the more memorable moments. He marked his 250th career try in style as Leeds just edged out Hull FC.

The Dragons scrum-half delivered an outstanding performance against his former employers, having a hand in three tries, including a solo effort of his own. Despite his best efforts, he was unable to prevent Catalans from suffering a 46-28 defeat at the hands of St Helens.

One of the most consistent performers in the Super League and Gale was once again crucial to the Tigers as they saw off Salford. He played a part in all but one of Castleford’s tries and also delivered a 40/20.

The Tigers maintained their march towards the Super League title with a win over Salford and Sene-Lefao played a key role. His rampaging runs gave the Red Devils all sorts of problems and he helped Castleford defensively, completing 38 tackles.

Clark caused endless problems for the Wigan Warriors as he helped the Wolves to victory on Thursday evening. He was dangerous around the ruck and put in a real shift, completing 39 tackles. 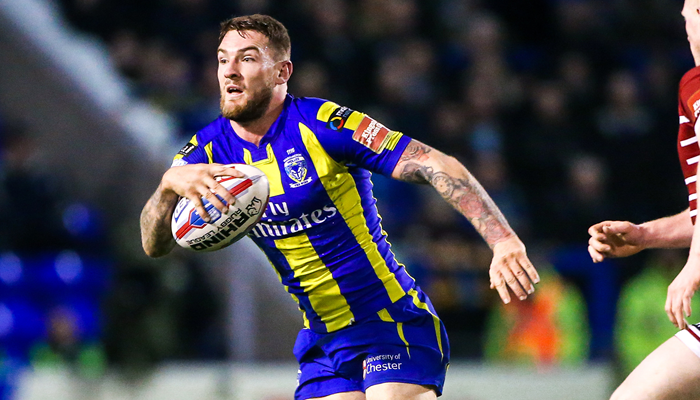 In what was a real battle, Garbutt delivered a very gritty performance. His determination enabled the Rhinos to win the forwards battle against Hull, with the 28-year-old making 165 meters.

Currie made a dramatic comeback from a 10-month injury layoff as his try helped the Wolves keep their top-eight hopes alive. His class was there for all to see and Warrington will be delighted to have him back.

He may have been on the losing side, but Hauraki produced a very impressive individual display. The Salford man completed 45 tackles as well as making nearly 80 meters.

The move to loose-forward has certainly paid off as Hinchcliffe once again provided a fine performance for the Giants. He made is presence felt with 35 tackles completed as Huddersfield secured their Super League status with a win over Leigh.