Produced a superb performance to help St Helens keep their play-off dreams alive by seeing off the Huddersfield Giants. Barba’s pace was too much for the Giants to handle; scoring one of the Saints’ seven tries whilst also making three clean breaks.

Minikin was one of the Castleford players who caught the eye in a strong team performance against the Wigan Warriors. He scored a brace of tries, made four clean brakes and also gained 171 meters.

Percival made a telling contribution for the Saints, kicking six goals as well as scoring a try of his own. Huddersfield failed to get to grips with him and he certainly made them pay.

A real captain’s display from Shenton as he led his side to a comfortable win. The Castleford skipper got amongst the tries, showing some impressive skill to see off a number of Wigan players to touch down.

After suffering criticism for his display in the Challenge Cup defeat to Hull, Briscoe has since shown tremendous character and desire. The winger put in another impressive display against Salford, producing a fine try and made four clean breaks in a big win for the Rhinos.

A clinical display from Lomax as he and the Saints put Huddersfield to the sword on Friday night. He claimed two tries and played an important role in helping his side control the majority of the game.

It was the Trueman show on Sunday as the 18-year-old had a full debut to remember. Stepping in for the absent Luke Gale, the youngster ran in with a hat-trick of tries in the first-half. He showed excellent composure and great maturity as the Tigers saw off the Wigan Warriors. 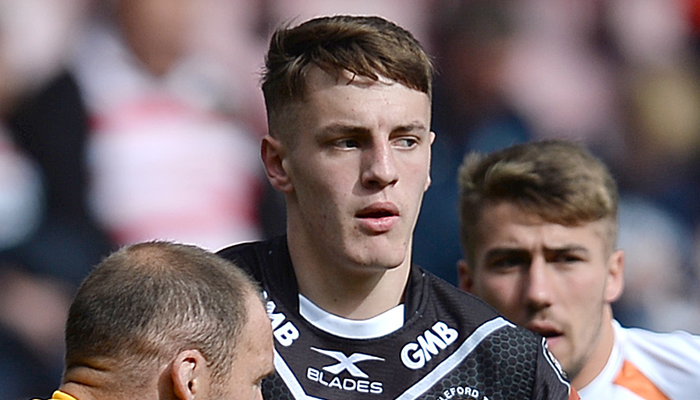 A runner-up to Zak Hardaker as Castleford’s Player of the Year, Millington’s quality was there for all to see in the win over Wigan. He made life for the Warriors extremely difficult, completing 35 tackles in another dominant display.

One of the signings of the season and once again Parcell showed his class. His second-half brace made it 19 tries for the season and it boosts his claims to be shortlisted for the Man of Steel award.

Hull’s hopes of completing the double is still on after beating Wakefield and Watts made an important contribution. He provided four offloads as well as gaining 153 meters for the Challenge Cup winners.

Played his part in a strong team performance from the Saints, as Huddersfield struggled to get a foothold in the game. Taia helped break up the Giants’ attack on a regular basis, with 37 tackles completed.

Hull coach Lee Radford gave special praise to Minichiello for his desire to win. The pressure he put on Liam Finn was enough to spook the Trinity man during his attempt for a drop goal at the end, which was critical to Hull holding on for the win.

In a game that had everything, Ellis marked his final home game for Hull with the all-important try against Wakefield Trinity. The Hull captain led by example and was the driving force behind a massive win.