But, in 2021, they were sworn enemies on the field – as Sky Sports demonstrated last night.

During the build-up to the fixture – which Hull ended up winning 31-10 – Sky showed clips from last year’s game between the two sides when Gale and Connor fired up against one another.

Gale was repeatedly heard firing shots at his future teammate, with microphones around the ground picking up some cracking lines from the former Leeds captain.

At one point, Gale said: “Cheers for the win, you’ve lost the game for them and still think you’re the man, you’re delusional.”
During a stoppage in the game, Gale could be heard laughing at Connor before saying “I’ve more years left than you at the minute.

He continued to say: “Garbage, most overrated player in the comp.”

It was a great insight into the communication levelled at opposing players during games and the two are great friends, sharing a car on their way to East Yorkshire. 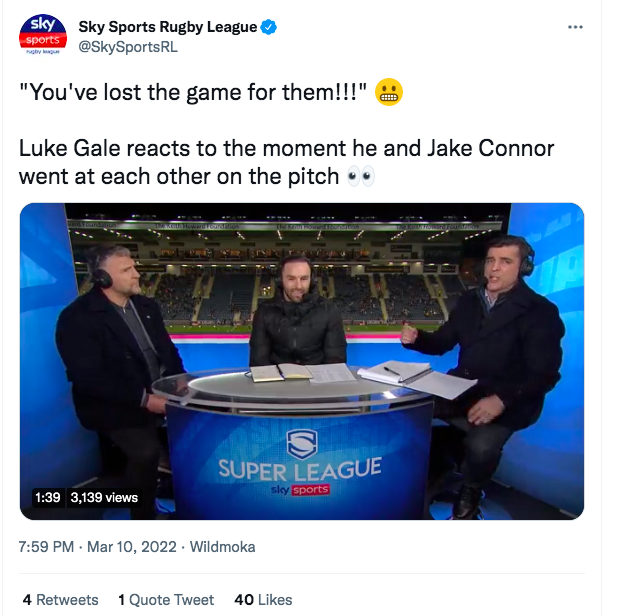