As 2022 draws to a close, many are reflecting on the year and what it delivered and in some cases what it didn’t.

This goes for rugby league as well.

Unlike in football and rugby union, a rugby league season is always contained within a year itself, there is no overlap.

So, when we look back on 2022, we will remember a complete season rather than two halves of two very separate campaigns.

As these reflections go on, notorious and beloved Australian journalist The Mole of Wide World of Sports reflected on the rugby league year that we have seem.

However, he only made note of one moment from Super League that being Bevan French’s record breaking seven-try haul against Hull FC for the Wigan Warriors.

This amazing performance, which held the long standing record held by former Bradford Bulls man Lesley Vainikolo, had The Mole demanding a team brings him back to the NRL.

He said: “While we are on tryscorers, former Eel Bevan French deserves a rap for setting a new Super League record for most tries in game with seven for Wigan against Hull. Bring him back to the NRL!”

A move for French is at present unlikely after he signed a two year deal to stay at Wigan at the end of 2022 which also has an option for a further two years. 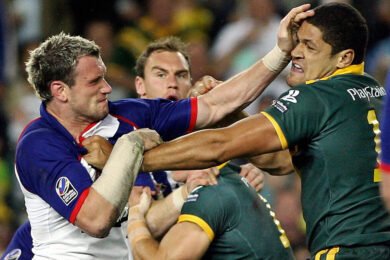