Excitement is building at Huddersfield Giants for what should be a big 2023 and that was helped along by the release of their squad numbers earlier this week.

They have furthered that anticipation today with the release of their third shirt.

The Giants have received great feedback for their home shirt which is a simple yet effective design with a strong base and a gold vee.

Meanwhile, they have adopted a white away kit which is one of the better away shits released by Super League clubs for 2023.

It has a white base adorned by a ring of maroon and gold round the centre of the shirt in a smart yet modern look.

Now their third kit is just as striking as the previous two.

This shirt is black with neon pink detailing in a simple yet effective modern look and one of the shirts of the season.

It is similar to their away shirt last year but with blue swapped for pink. 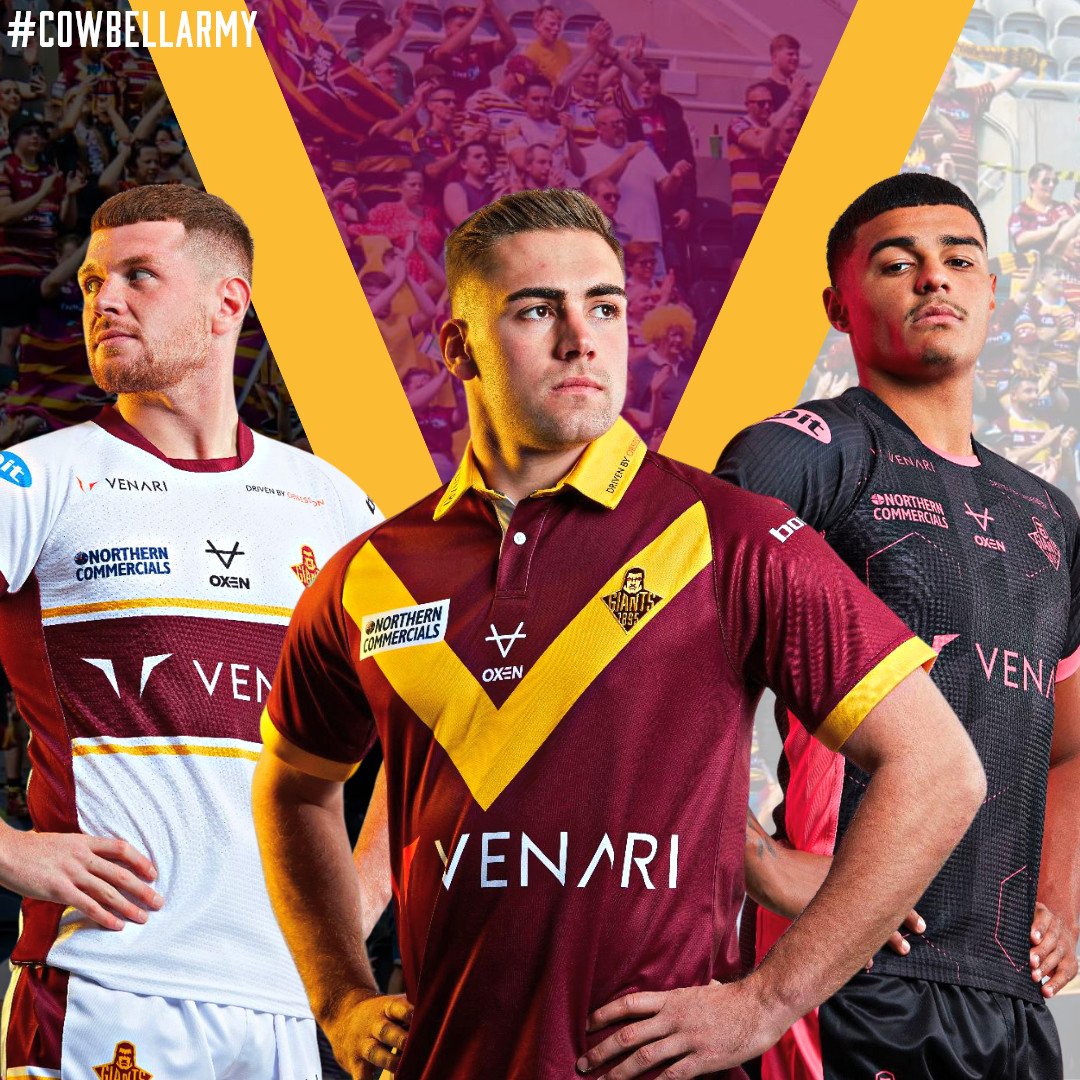 Following the release of the shirt, the Giants have claimed on Twitter that they have the best kits of 2023.

They said: “Sorry, you’re not going to find a better three this season. That’s a fact.”

Sorry, you're not going to find a better three this season.

It is hard to argue with the claim but rival fans of course will.

There have been some brilliant shirts released for 2023 such as Wakefield Trinity’s two shirts and Leeds Rhinos new looks.

Castleford Tigers, Hull KR and Hull FC all have modern takes on traditional looks and all three are impressive.

It is a debate that will go on for some time and will never be truly decided.