2022, like the last two years before it, has been tough for Harry Newman.

After his 2020 campaign was cut short by a broken leg which denied him a place in Leeds’ Challenge Cup Final victory and making his Young Player of the Year bitter sweet.

That injury bled into 2021 taking up most of his season though he did finish the year very strongly and looked exceptional in pre-season in 2022 only for a hamstring injury against Hull FC in Tom Briscoe’s testimonial to have Leeds fans worried after he played a brilliant role in a sublime try.

He returned fairly briskly in Round Four of the season against Wakefield Trinity making a try scoring return only to pick up a second hamstring injury leaving him out of the side until Leeds’ defeat to his home town team Huddersfield.

Since then he’s been in stunning form. He scored a brilliant try against St Helens and went on to score against Wigan and Salford whilst also conjuring up tries for others as he did against Hull KR on Friday when his darting run and pass to Mikolaj Oledzki created the space for Morgan Gannon to score.

He nearly scored himself moments after that before he ended up limping off with a third hamstring injury of the season set for a scan to determine whether or not he could still feature in Leeds’ play-off push and even England’s World Cup hopes.

Most were of the thinking his year may be over but he took to his Instagram story today to post a message saying “2022…not done yet.” 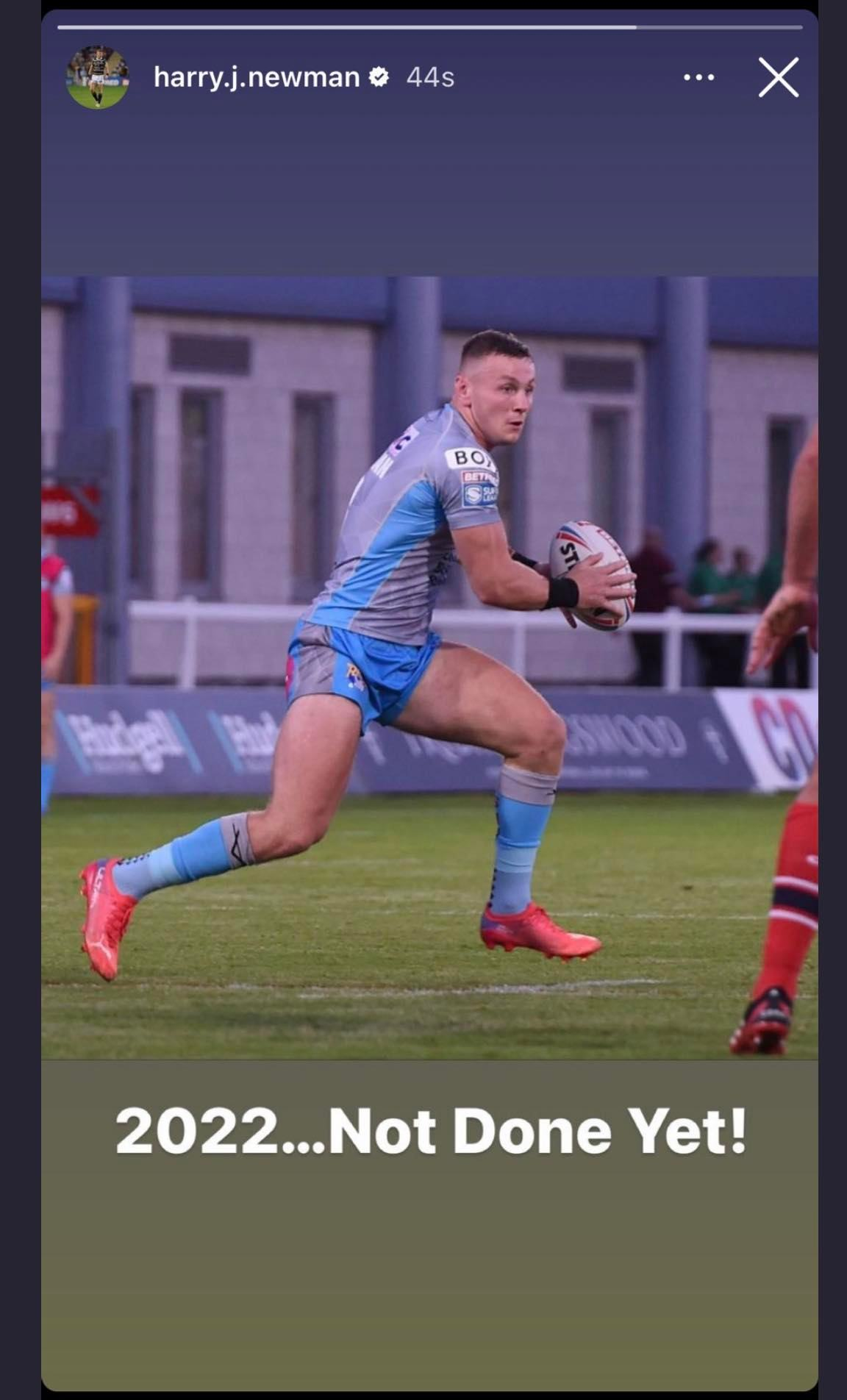 Leeds fans certainly got very excited given the role Newman has played in Leeds’ revival recently as they’ve won six of the last seven.

The biggest and best kind of hint we all want to see 👀👀👀 @Harry3Newman pic.twitter.com/JcsgJQFC3P

However, their joy was soon over when he deleted the story making some fans wonder if he’d gone on to receive some bad news shortly after posting it.

Instead fans will have to sit and wait for an official statement from Leeds which is expected early this week.