Newcastle Thunder have confirmed the club’s squad numbers for the 2021 season – with a much changed line-up to that of 2021.

With an influx of players in the back line only Jack Johnson remains in the same number as last season, retaining the number two for 2022.

Gideon Boafo takes over the number five that sat with Calum Turner in 2021, while numbers six and seven remain with Jake Shorrocks and Josh Woods respectively after both players put pen to paper on two-year extensions over the winter.

There are changes in the pack too, with Josh Eaves taking over the number nine shirt from retiring Bob Beswick and Mitch Clark being assigned to the number 10.

Connor Bailey moves to number 14 after completing his move from Wakefield Trinity, while the Chapelhow twins retain their 2021 numbers, with Ted at 15 and Jay at 16.

Ukuma Ta’ai takes 17 for 2022, while new signings Pat Moran, Brad Gallagher and Lewis Peachey are given 19, 20 and 21 respectively.

The mid-twenties are dominated by academy graduates with Alex Donaghy moving to 22, Isaac Nokes to 23, Jake Anderson to 24 and Nathan Clemmitt to 25.

The line up is completed with season-long loanees Matty Nicholson and Alex Sutton at 26 and 28 and newly promoted academy hooker Josh McDermott at 27. 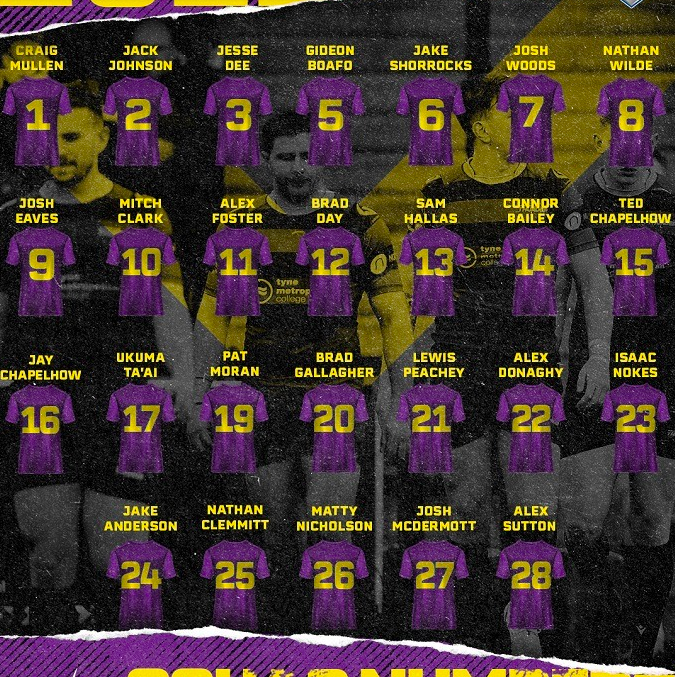