Zak Hardaker is out of hospital after facing surgery on a bulging disc problem in his neck.

The Wigan Warriors fullback was in hospital due to that slipped disc – an injury he first suffered back in June 2021.

The condition, in his own words, ‘got a little worse’, though he put people’s minds at ease a little by saying it isn’t ‘major’.

Hardaker initially posted on his social media: “Just so people don’t ask a million questions, had a slipped disc in my neck for months. Got it checked a few week ago and it’s got a little worse. Nothing too major. Be out for a few weeks but be back firing for the season.”

Now, though, he has written a defiant statement after exiting hospital: “Road to recovery starts now. Looking forward to 2022.”

It came after a previous message that stated: “Outta hospital on the mend now. Thank you everyone who messaged me, much appreciated!” 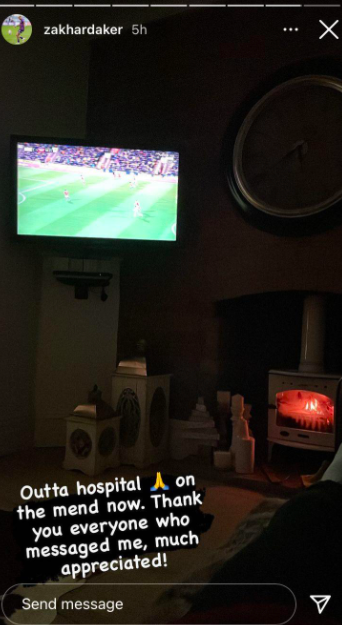 The Pontefract-born fullback has been the subject of intense speculation throughout the 2021 season about where his future lies, with a move back home a few months ago fuelling talk of a move to West Yorkshire.

However, following a good season with Wigan, the 30-year-old was called up to Shaun Wane’s England squad for the international fixture against France, where Hardaker didn’t look out of place.

And, now Hardaker will be determined to stake his claim for the World Cup at the end of 2022 after being handed the number 3 shirt by new Warriors boss Matty Peet.