Zak Hardaker has given an update on his situation as he gets ready to return to pre-season with the Wigan Warriors.

Hardaker had been granted extra leave at the end of the 2021, but he will return to pre-season today as he prepares to run out in the Cherry and White for another season in 2022.

The former Leeds Rhinos and Castleford Tigers has been given the number 3 jersey as he was given in 2021.

And, Hardaker was shown modelling the Cherry and White home kit, ending any question of him being at the DW Stadium next season.

Earlier on in the year, the Pontefract-born star moved back home in order to be close to family, with owner Ian Lenagan admitting he was “nervous” about the situation.

Hardaker was told he could find somewhere else in West Yorkshire – with Hull FC and Hull KR ruled out by the Wigan club due to both sides being not much further away from his hometown of Pontefract than Wigan.

Nothing was subsequently found, with speculation dying down to an almost halt – the big reveal of squad numbers and kits today, however, puts it completely to bed.

It’s all about the rebuild for Wigan in 2022, with new head coach Matty Peet taking over from the departing Adrian Lam following the end of the ex-PNG international.

Lee Briers and Sean O’Loughlin have come in as Peet’s assistant as Shaun Wane takes a leadership role to coincide with his England duties. 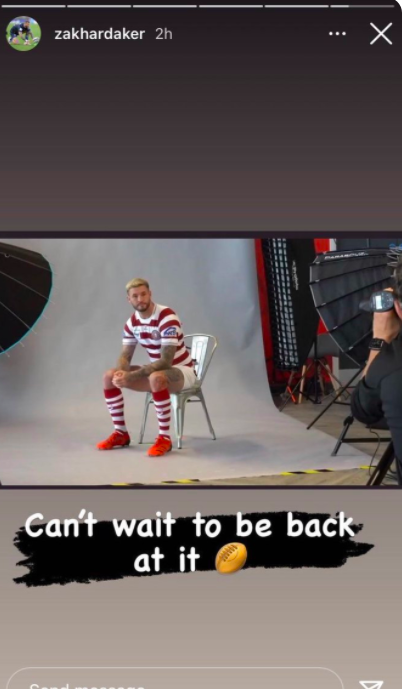 So Zak has only played for CAS and Leeds.
Do your home work.
He played for FEATHERSTONE ROVERS. ASWELL. DOH.