One notable absentee was Zak Hardaker, who has made the right wing his home in the past year.

Peet later confirmed that the former Leeds Rhinos and Castleford Tigers star had been dropped for ‘falling below standards’ expected at the Wigan club.

The new Warriors boss did, however, confirm that Hardaker would be in contention for selection next week.

Now, Hardaker has responded himself on social media, posting: “Just a stumble. Learn and move. Don’t read too much into things.” 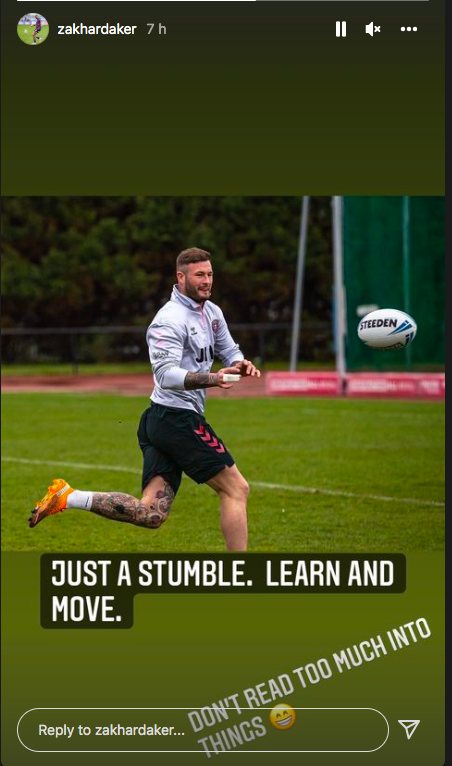 It’s the clash between first and second in the Super League table as Wigan take on Saints in the derby, with both sides losing just one game from seven league fixtures.

Saints go into this one on the back of an impressive 36-20 win over Catalans Dragons that put them into the Challenge Cup Semi-Final.

Wigan will also be there in the semi-finals following a win over Wakefield Trinity as all eyes turn to the league.

Here are the 21-man squads that were named yesterday for the fixture: