Wigan Warriors demolished Toulouse Olympique with ease last Friday night, but there was a bizarre incident which left one Wigan man in hot water with the Disciplinary Match Review Panel.

The allegation was in fact for pulling an opponent’s hair, though it doesn’t say who the opponent for Toulouse was. 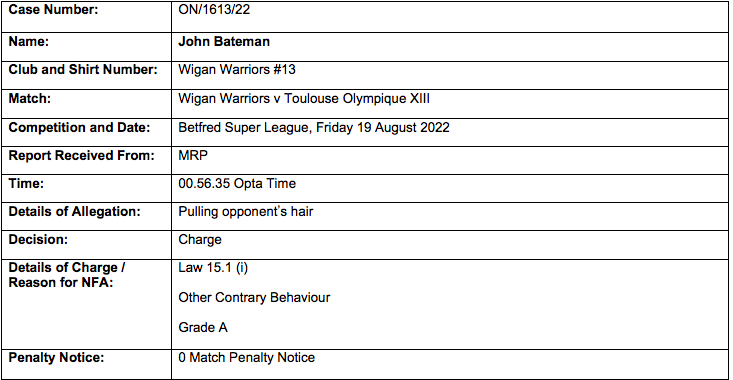 The others that were cited and charged by the Disciplinary Match Review Panel were:

It means that only Hood and McIlorum will be banned for the following games, though the Wakefield man could be given as many as five matches following a dangerous shoulder charge hit on Hull’s Chris Satae.

Bateman, however, is free to play against St Helens in what should be a brilliant derby.