Widnes Vikings will be eyeing the play-offs in the Betfred Championship in 2023 and are an outside bet for a return to Super League under former Hull FC, Wakefield Trinity and Bradford Bulls boss John Kear.

They have brought in some exciting signings such as Tom Gilmore from Batley Bulldogs after leading the club to the Championship Grand Final in 2022 he returns to the Vikings.

Meanwhile, they have four time Super League Champions and former St Helens and Warrington Wolves prop Kyle Amor at the club for 2023.

An outstanding off season and a strong end to 2022 has left them looking good going into 2023 and they will only look better now that their 2023 shirts have been launched both of which are striking and a little bit different from what we’d expect.

The home kit is white and of course has black stripes but what makes it a bit different is the inclusion of red stripes as well.

Both fade at either side of the shirt and the red adds a nice splash of colour to the jersey.

The away kit is where it gets really interesting with a black base but pink, green, organe and blue touches on the sleeves.

Both are superb shirts and will ensure the Vikings stand out in 2023. 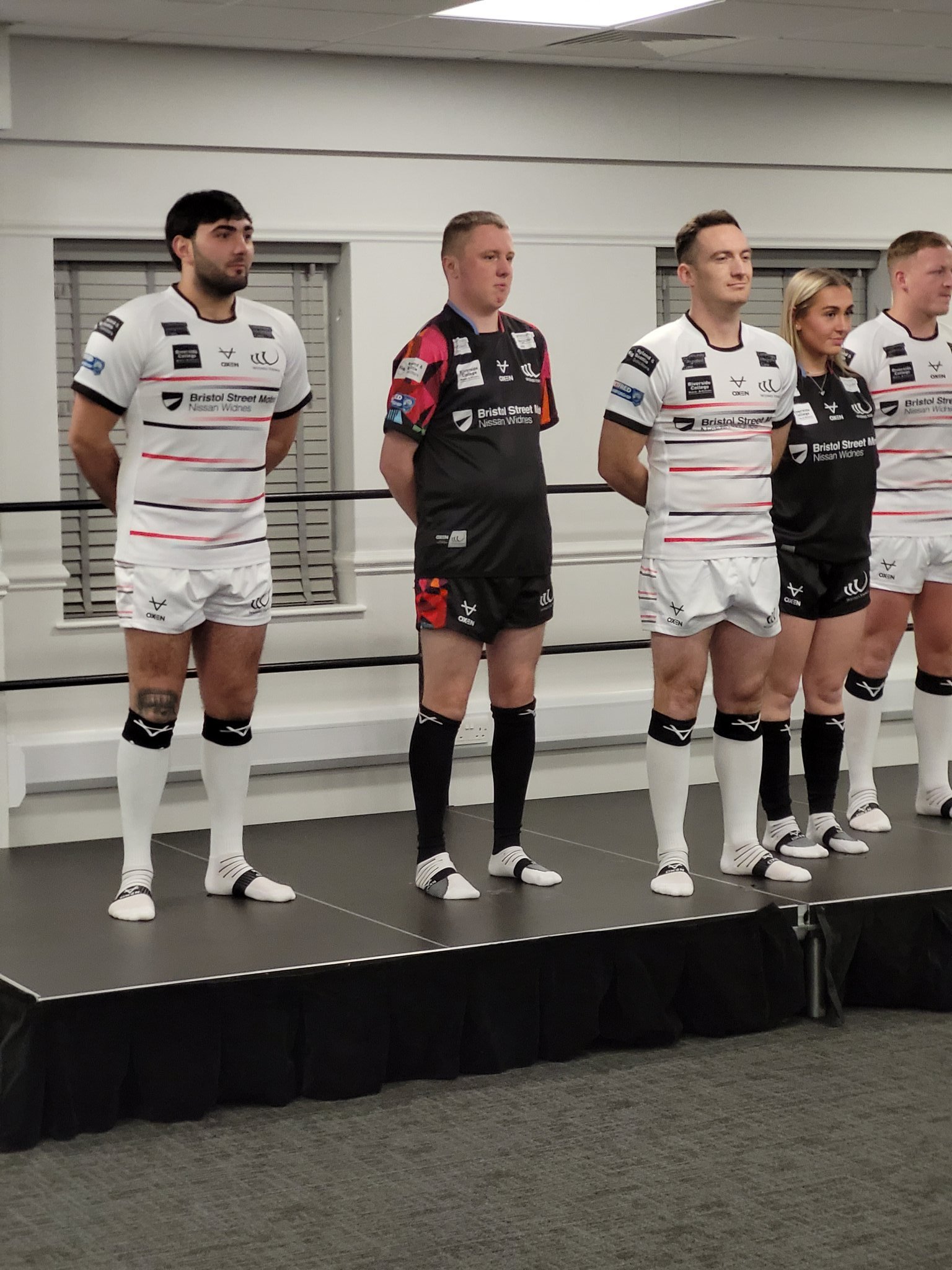 Great night at @WidnesRL with @riversidecoll to see the Vikings home and away kit reveal and meet the players and staff.. 👌 pic.twitter.com/e02fz5PmId