When Marc Sneyd went up against his former side Hull FC at the weekend for his new club Salford Red Devils, anticipation was high.

Here was a halfback who had kicked the Black and Whites to two Challenge Cup winners’ medals after seven years at the club, playing against them for his boyhood side – stories don’t get much better than that.

Unfortunately for Sneyd, things didn’t go so well and he was yellow carded on 65 minutes for a forearm to the face of a Hull man.

The charge reads: “Player promotes forearm into the face and keeps arm in the face.” There was, however, no penalty notice for the Salford man. 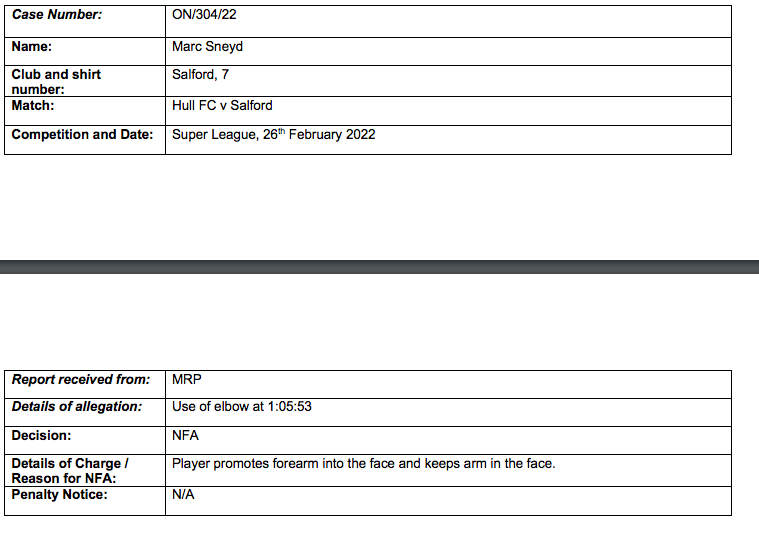 Saturday’s defeat to Hull was Salford’s first of the season after beating Castleford Tigers and Toulouse Olympique in the first two rounds of the campaign.

In those two games, Sneyd was influential in both victories, kicking his opponents to death – both in open play and from the kicking tee.

For Hull, their victory over the Red Devils on Saturday was their second win from three games and stemmed a lot of criticism aimed at the club following a home thrashing by St Helens in round two.