Whenever the Disciplinary Match Review Panel gets to grips with the weekend’s misdemeanours, there is great debate. 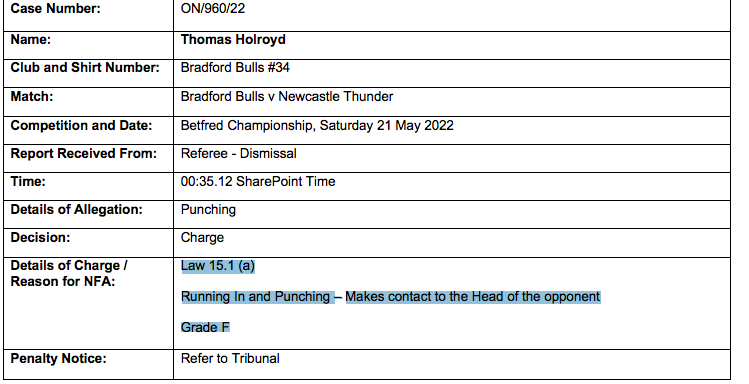 You can see the footage here:

Busy night for the RFL match review panel after Tom Holroyd and Jake Shorrocks were sent off for their part in this incident at Odsal on Saturday evening. pic.twitter.com/lS6D2S3FoI